Ontario to test all long-term care residents, staff for COVID-19 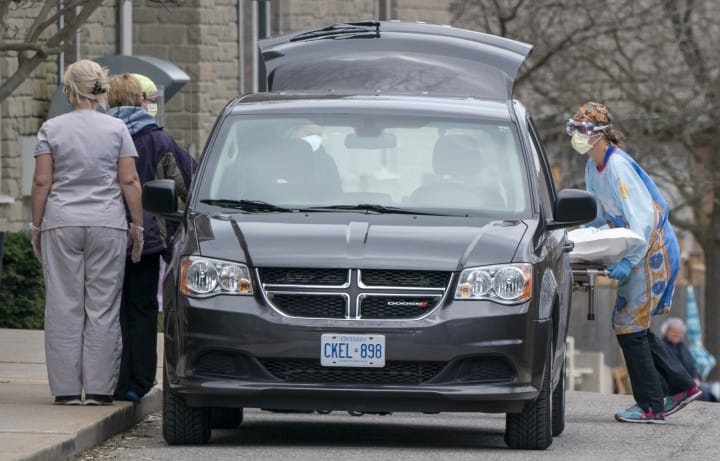 Ontario is expanding COVID-19 testing to every resident and worker in long-term care homes, as nearly 450 residents have died amid growing outbreaks in the province’s facilities.

Provincial health officials have previously resisted calls for such widespread testing of asymptomatic people, but a new memo from the deputy ministers of health and long-term care, as well as the chief medical officer of health, tells public health units (PHUs) to immediately develop plans for the broad testing.

“This point-in-time testing will enable homes, PHUs, and the province to better understand the prevalence of COVID-19 in long-term care homes and inform future planning,” the officials write.

“Testing is an important component of a comprehensive response plan being implemented to address COVID-19 in this vulnerable population in order to ensure that these facilities have every resource needed to stop the spread of COVID-19.”

Homes with current outbreaks should be prioritized, as should the testing of residents, but it’s also important to understand the prevalence among staff, the memo said.

Previously expanded testing guidance earlier this month told public health units to test any asymptomatic contacts of a confirmed positive case in a home, including residents in adjacent rooms.

As of Wednesday, there have been at least 448 deaths in long-term care amid outbreaks at 127 facilities, according to data from the Ministry of Long-Term Care. That is 49 more deaths since the previous day.

There were 367 new cases in residents reported in the past day, and 90 new cases in staff, for a total of 1,985 confirmed resident cases and 957 confirmed staff cases.

Provincewide, Ontario reported 510 new cases of COVID-19 Wednesday and 37 more deaths. That data is taken from a different system than the specific long-term care data and the two are often out of sync.

The new cases bring the provincial total to 12,245 — a 4.3 per cent increase over Tuesday, which is the lowest growth rate in weeks.

The total also includes 659 deaths and 6,221 cases that have been resolved, which puts the proportion of those cases over 50 per cent for the first time.

While health officials have said community spread appears to be peaking, cases in long-term care continue to rise.

This report by The Canadian Press was first published April 22, 2020.