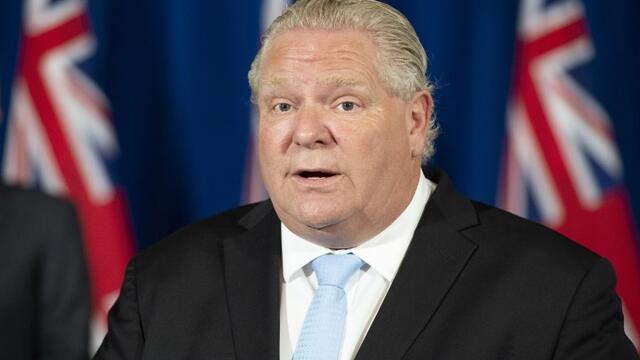 Ontario will announce that minimum wage is going up to to $15 per hour — three years after Premier Doug Ford cancelled an increase, and within about 24 hours of him being questioned about it by Official Opposition leader Andrea Horwath.

Multiple major media portals reported Monday night (Nov. 1) that Ford, whose Progressive Conservative government faces reelection in 2022, will make the announcement about the delayed increase on Tuesday at at a union office in Milton. The increase would start on Jan. 1.

The first question put to Ford in the Ontario Legislature on Monday morning by Horwath, the Ontario New Democratic Party leader and Hamilton Centre MPP, was about the minimum wage issue.

The Living Wage Network released a report on Monday that how much money per hour is really needed to support a family in various regions of Ontario.

“The leading culprit for keeping wages low in this province is in fact the premier,” said Horwath, citing Canada’s 4.4-per-cent inflation rate, which is the highest since 2003.

Ford replied: “We are the only party to create an environment for people to have a job.”

The Living Wage Network report, which studies 23 regions in Ontario, does not show a single area where $15 per hour is sufficient for raising a family.

Within InSauga’s coverage regions, the living wages are:

In 2018, then-premier Kathleen Wynne and her Liberal government upped the adult minimum wage from $11.60 to $14 per hour, with plans for it to go up $1 annually. The Ontario PCs, who won a majority government in 2018, cancelled the scheduled increase and announced a two-year freeze during their first months in office.

Instead, the PC Party offered a tax credit. A study by the nonpartisan Financial Accountability Office later found that about 800,000 workers did not have a high enough income to pay any Ontario income tax, and thus could not access the credit. It estimated that low-wage workers lost an average of $400 due to the cancellation of the minimum wage increase.