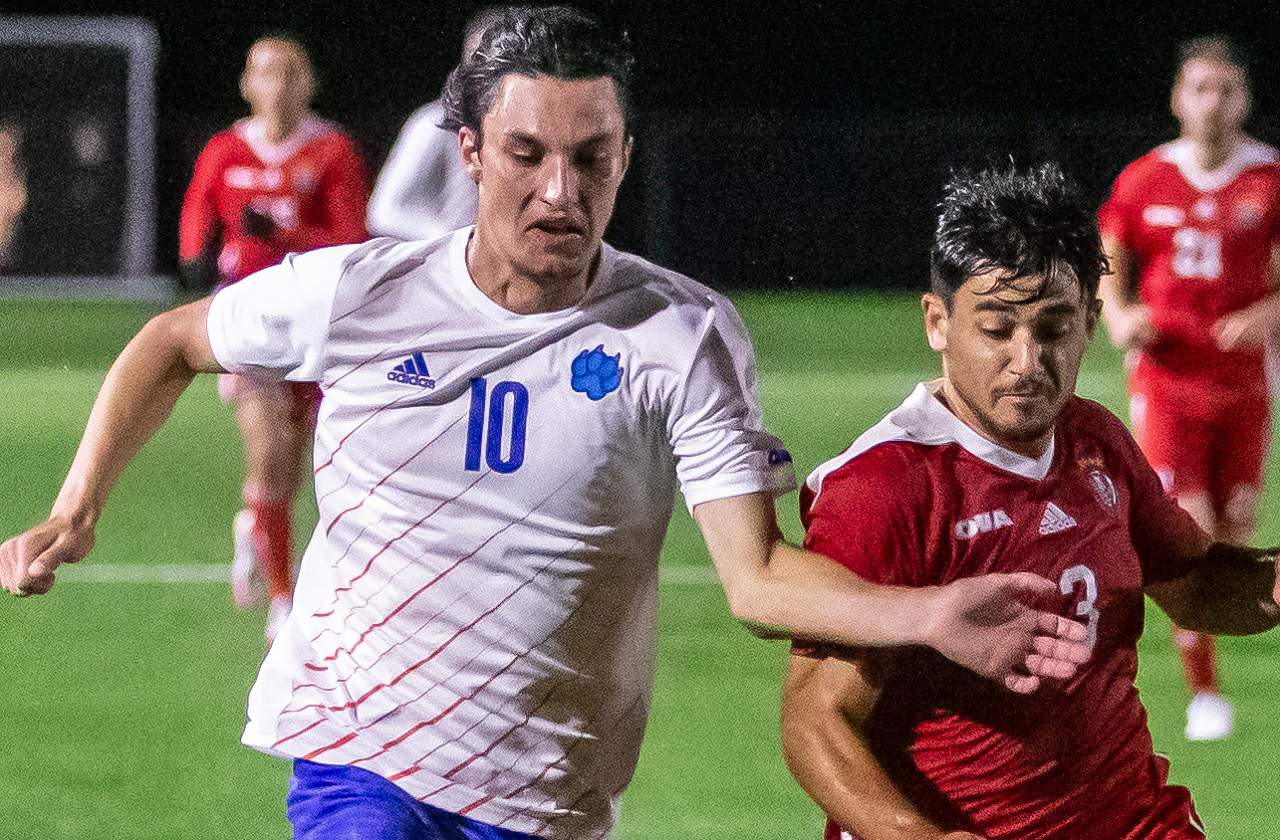 Chris Campoli, who had a school-record four goals in a game for Ontario Tech Ridgebacks as part of a pair of hat tricks, has earned a nod as an Ontario University Athletics of the week.

Campoli sniped seven goals across the Oshawa-based Ridgebacks’ two-game sweep of the Royal Military College Paladins last weekend. The scoring spree helped the Ridgebacks wrest the last OUA men’s soccer playoff berth on the margin of their goal differential. Campoli also snagged a share of the conference’s golden boot, sharing the lead in goals with 12 in 10 games.

A finance major from Woodbridge, Campoli has been part of a family tradition at Ontario Tech. He sports the fabled No. 10 favoured by forwards who are counted on finish after an offensive build-up. His older brother, Fabio Campoli, also wore those digits on the pitch when he was recognized as the university’s male athlete of the year.

The Ridgebacks had a 5-2-3 regular season as university athletics resumed after a year off due to COVID-19 pandemic but their season came to an end Wednesday night when they lost on penalty kicks to the heavily favoured (8-0-2)  Guelph Gryphons in the OUA quarter-final.