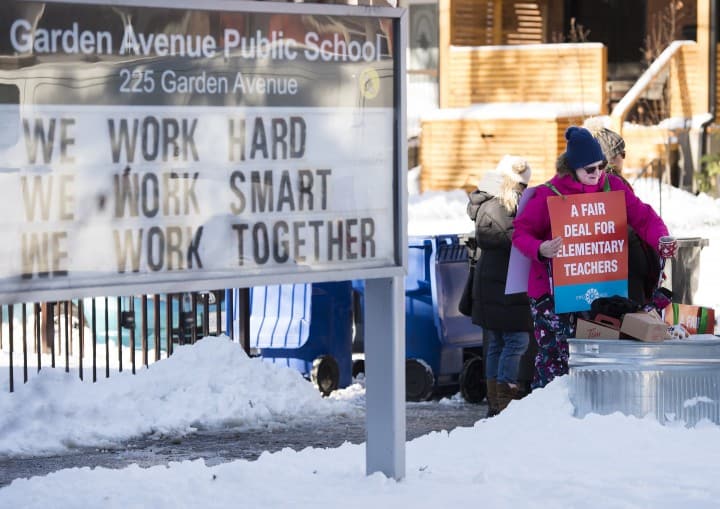 TORONTO — Ontario teachers and education workers are planning a second mass demonstration at the legislature this week.

Strikes by English Catholic teachers and Toronto high school teachers are happening on Thursday, and members of those unions plan to congregate at the legislature.

The teachers have told legislative security they are expecting about 15,000 people — which would be about half the expected crowd at a legislature protest last month, when elementary teachers were also involved.

The Elementary Teachers’ Federation of Ontario is not engaging in any strikes this week, but the union has said if contract deals aren’t reached by Friday, they will begin a new phase of strikes effective Monday.

The Ontario Secondary School Teachers’ Federation has not bargained with the government since Dec. 16, but has been involved in informal, exploratory talks since Sunday.

Issues in this contentious round of education bargaining include increased class sizes, mandatory e-learning, seniority-based hiring rules and compensation.