Ontario Summer Games Set to Kick Off in Mississauga 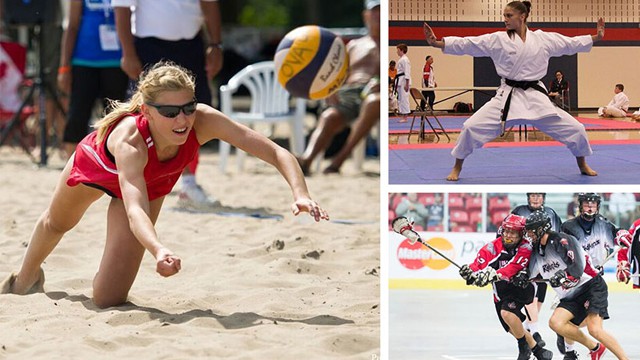 The Ontario Summer Games are around the corner and the city of Mississauga has a whirlwind tournament planned for athletes, coaches, fans and residents.

From August 11-14, the city will be overrun by over 3,500 athletes between the ages of 12 and 18-years-old playing in 34 sporting events including basketball, baseball, softball, sledge hockey and sailing. Besides Mississauga hosting the largest Ontario Summer Games ever, the tournament is slated to be one of the most social and accessible Games because all venues have free admission and all Mississauga venues have free Wi-Fi. The conversation starts with the OSG hashtags #osg2016 and #Bringithome, also the theme of the Ontario Summer Games.

Navigating the OSG is simple. Of the 22 venues, 17 are located in Mississauga and three more are found in nearby Brampton (girls beach volleyball), Caledon (mountain bike) and Etobicoke (diving). The furthest venues are in Cookstown (air pistol and rifle and skeet shooting) and Welland (canoe and kayak). The schedule and sports can be found on the OSG official website.

The spirit of sport from the Toronto 2015 Pan Am Games is expected to live on with Mississauga’s version of the OSG. Through these young athletes, the entire province will get the chance to witness the future of sport in Ontario and quite possibly in Canada. The OSG is the high point in the careers of these athletes who no doubt have the goals and potential to represent themselves in future Pan Am or Olympic Games.

insauga.com will have thorough coverage of the Ontario Summer Games, including live coverage of the Opening Ceremonies on Aug. 11 at the Hershey Centre at 7 p.m. This is the only paid event of the Games where those in attendance will take in the athlete’s parade, live performances from local and international talents and more.