The Public Health Agency of Canada is warning Ontario and Quebec residents to avoid certain types of lettuce following an e. Coli outbreak.

"The Public Health Agency of Canada is collaborating with provincial public health partners, the Canadian Food Inspection Agency, Health Canada, as well as the United States Centers for Disease Control and Prevention (U.S. CDC) and the United States Food and Drug Administration (U.S. FDA), to investigate an outbreak of E. coli infections in Ontario and Quebec, and several U.S. states," the agency wrote.

The agency says investigation has revealed that exposure to romaine lettuce has been identified as a source of the outbreak in Canada, but the cause of contamination has not been identified. 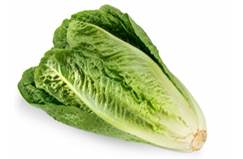 The current outbreak could be linked to a previous one that was reported in Dec. 2017.

"This tells us that the same strain of E. coli is causing illness in Canada and the US as was seen in 2017 and it suggests there may be a reoccurring source of contamination," the agency says.

"Investigators are using evidence collected in both outbreaks to help identify the possible cause of the contamination in these events."

The current outbreak appears to be ongoing, as illnesses linked to romaine lettuce continue to be reported.

The agency says these recent illnesses indicate that contaminated romaine lettuce may still be on the market, including in restaurants, grocery stores and any establishments that serve food.

"At this time, the investigation evidence in Ontario and Quebec suggests that there is a risk of E. coli infections associated with eating romaine lettuce," the report reads.

At this time, residents in affected areas are advised to avoid eating romaine lettuce.

While most people who become ill from an E. coli infection will recover completely on their own, some are more susceptible to adverse effects.

In rare cases, some individuals may develop life-threatening symptoms, including stroke, kidney failure and seizures, which could result in death. It is possible for some people to be infected with the bacteria and to not get sick or show any symptoms, but to still be able to spread the infection to others.

Foods that contain E. coli may not look or smell spoiled, but can still make you sick.

These Square One stores are offering curbside pickup in Mississauga
While stores with street entrances have been given the go-ahead to begin reopening more fulsomely (meaning they can allow a limited amount of shoppers in-store) as soon as Tuesday, May 19, some ret
END_OF_DOCUMENT_TOKEN_TO_BE_REPLACED