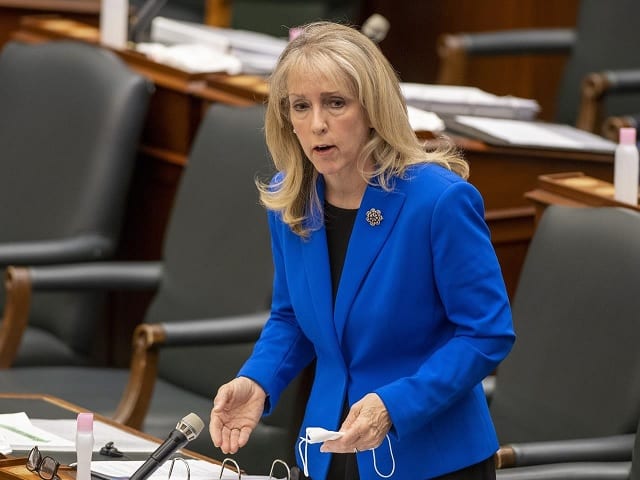 Ontario is putting more than $62 million in its autism budget this year to make services more available, as the province works to shore up its delayed revamp of the program.

The government announced that the money will go toward initiatives such as grants for service providers to hire new clinical staff, increase hours for existing staff, and travel to serve kids in rural or remote communities.

Families and providers have said that there has been a diminished capacity in recent years, particularly during the pandemic — with less service able to be offered even as the wait list grows.

The government tried to roll out a new autism program in February 2019, but scrapped it after it sparked outrage among parents because it capped funding at amounts families said would be too small for many, and made it based on age rather than needs.

After that plan failed, the government pledged to launch a new autism services program in April 2020 but announced in late 2019 that it would instead be phased in over two years.

Angela Brandt, president of the Ontario Autism Coalition, said capacity has been diminished partly because providers weren’t able to provide adequate levels of service to families with the meagre amounts in the government’s initial plan and some closed their doors.

“I applaud capacity building, that’s absolutely critical,” she said. “But the issue is this is a problem that they mostly caused… We’ve always had issues with capacity, but not at the level that it is now.”

This spring the government started enrolling children in core services, with about 470 now participating. It had planned to launch with 600 kids, and Brandt believes the relatively low uptake is partly due to the autism community’s history with the Progressive Conservatives.

“There’s been a ton of trust eroded by this government with the community,” she said. “They just don’t trust them. They’re scared to be part of the test phase.”

Children, Community and Social Services Minister Merrilee Fullerton (pictured) said the capacity announcement is an example of how the government is working to transform the program.

“Expanding the workforce will further support the delivery of core clinical services under the new needs-based program, ensuring families can work with a clinician of their choice to develop a treatment plan based on their child’s individual needs and goals,” she said in a statement.

The announcement is part of the annual $600-million budget for the program, which was doubled following the 2019 controversy.

It also includes more training for service providers, including on Indigenous cultural competency and mental health. As well, it will include funding for pilot projects to add more service in the north.

The government said it is moving forward on its plan to regulate applied behaviour analysis as a separate profession, and is expanding the autism program provider list to include speech-language pathologists and occupational therapists.

Kendra Thomson, president of the Ontario Association for Behaviour Analysis, applauded the announcement.

“From our perspective it’s important that the funds get to where they’re needed most, so if capacity is going to help people be able to access the core services, that’s something we definitely can support,” she said.

“In addition to what was in the announcement, additional efforts, cross-ministerial efforts, to invest in more training programs — especially in rural and remote, more underserved communities — would be a step in the right direction to increase capacity.”

The NDP’s children and youth services critic said the announcement doesn’t directly help any more kids get off the wait list or increase the program’s budget.

“Children with autism in Ontario are still being denied the services they need to reach their full potential,” Teresa Armstrong said in a statement.

“Families have been to hell and back, fighting for a better Ontario Autism Program, while watching their kids languish without the help they choose for them.”

(Cover photo by The Canadian Press.)