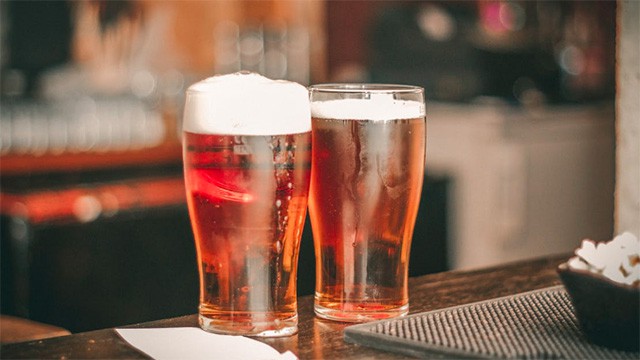 In another instalment of the slow drip of policy announcements because the Ontario PC Party has yet to release a fully costed platform, Doug Ford is promising to bring back “beers for one dollar” if he is elected premier on June 7.

“We’re going to allow price competition for beer and this will save consumers money,” the PC party said in a statement. If elected, the party says an Ontario PC government will reduce the minimum price floor for the sale of beer in Ontario to $1.00 plus deposit per bottle, promising to reverse the Liberals’ move in 2008 which raised the minimum price of 24 bottles of beer to $25.60 plus deposit.

The PC leader previously also promised to expand beer and wine sales in corner stores, as well as more grocery and big box stores. The point about corner store sales was lambasted by his rivals in the Liberals and the NDP, even though it was the provincial Liberal government that began allowing sales of beer and wine in grocery stores.

However, many seem to see this as a shallow way to garner votes over more important issues such as rising hydro rates, health care wait times, and affordable housing.

Social media users have not be kind in their response to Ford’s “dollar beer” pledge. This Twitter user mentioned that previous PC leaders, such as Tim Hudak, had promised the same thing in the 2011 election, to no avail.

The overall lack of a costed platform (although there appears to be something online that looks like a platform) from the party is also becoming a focal point every time Ford brings up a new policy:

Ford is talking about cheap beer, but here I am still looking for that PC platform…. #onpoli #Change4Better pic.twitter.com/aJhuSzsp7d

Ford has somewhat of a point when it comes to Ontario’s policy for the sale of alcohol. It’s frankly ridiculous that in 2018, we still have a government monopoly (the LCBO) and a Beer Store run by a limited consortium that sells the majority of beer and wine in this province, and having “buck a beers” would make things easier for those on a lower scale of income.

What do you think of Doug Ford’s idea for “buck a beer”? An important issue, or a shallow attempt to garner votes for election day?