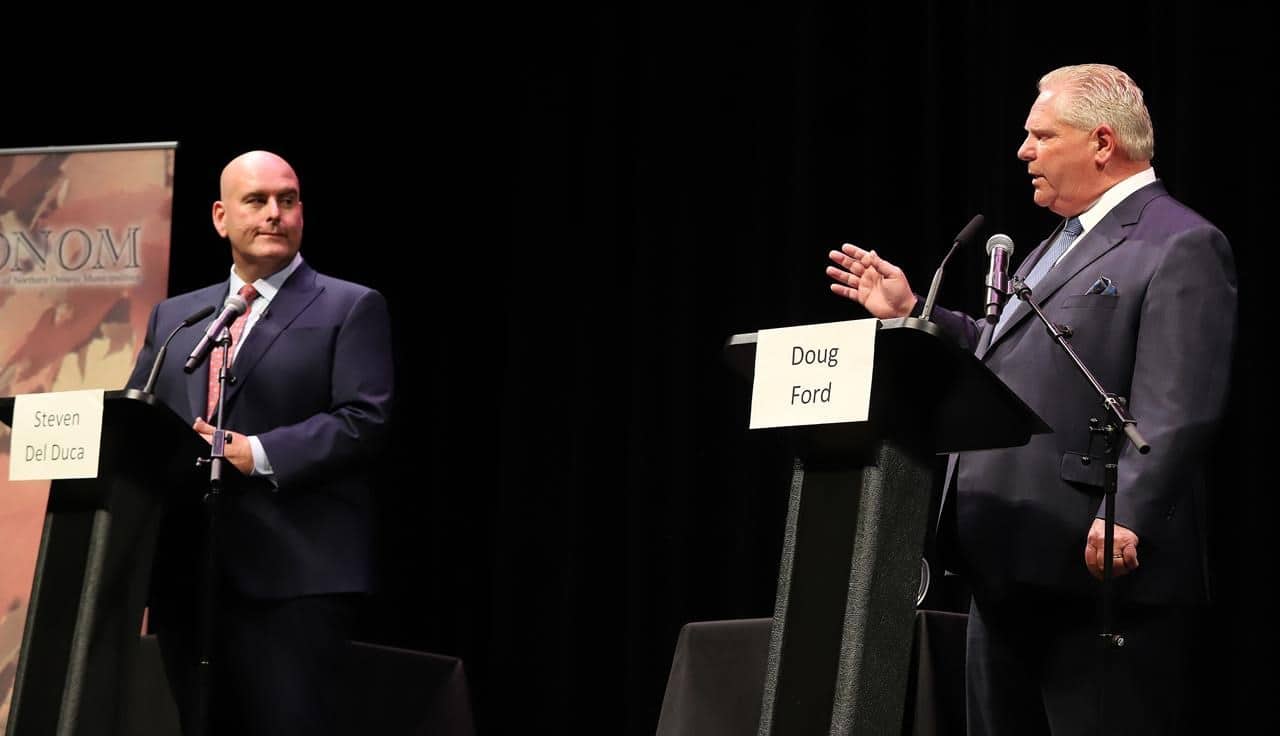 The leaders of Ontario’s four main political parties are set to face off at a televised debate this evening.

The four leaders squared off last week at a debate focused on issues specific to northern Ontario, an event organized by the Federation of Northern Ontario Municipalities.

The consortium of regional broadcasters that organized tonight’s debate says the event is open to parties running candidates in “all or almost all” of the province’s ridings.

The rules ensure Del Duca’s participation after the Liberals were forced to drop a handful of nominees last week and now have candidates running in 122 of 124 ridings.

The debate will be held at TVO in midtown Toronto, will air on multiple television channels across the province and is set to get underway at 6:30 p.m.