With Mississauga, Brampton and Ontario schools to reopen in September, opposition parties lay out demands 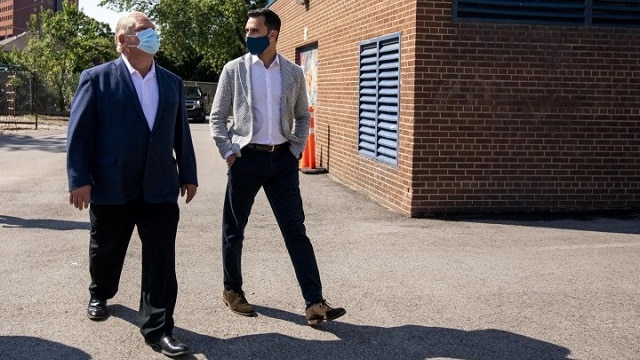 Ontario’s opposition parties say the government needs to improve ventilation and mandate smaller class sizes as it prepares its back-to-school plan for the fall.

The Progressive Conservative government has yet to share its full plan for how students can expect to return to class in September.

The provincial New Democrats and Liberals have detailed their demands as the current pandemic school year, which was plagued by several switches between in-class and online learning, winds down.

The New Democrats called Friday for the government to commit more funding to schools, and asked for class sizes of 15 students maximum.

The official Opposition also wants to see two COVID-19 vaccine doses offered to each education worker and student over age 12 before the school year starts, and more mental health and special needs supports for students.

“Our kids deserve to have a government that understands that the kids need support, that they need to go back to school in September to schools that are safe, to schools that have the resources to support them,” NDP Leader Andrea Horwath said from Hannon, Ont.

The Liberals have put a $2.3 billion price tag on their own proposed plan, which includes $500 million for ventilation upgrades, summer learning programs and class sizes of 20.

Leader Steven Del Duca called on Friday for the government to consult with education stakeholders about the best path forward to avoid another “brutal” and disruptive school year.

“We don’t want next year to be a repeat of this year, and there’s an opportunity right now for (Premier) Doug Ford and his team to do the right thing to engage in a meaningful and authentic consultation with all education partners,” Del Duca said.

Education Minister Stephen Lecce has said an announcement on the back-to-school plan will come in July, after assessing the vaccination rate among staff and students.

He said he met Friday with Dr. Kieran Moore, the province’s new chief medical officer of health, to discuss a plan “to get students back to class full-time and in-person this September.”

The Progressive Conservative government has also earmarked $85.5 million for learning recovery in the 2021-2022 school year.

A spokeswoman for Lecce said the government aims to offer full vaccination to all eligible students and education workers before September. Caitlin Clark said that will allow for a more “normal” school experience including clubs, sports and other activities.

Canada has not yet authorized any vaccines for use in children under 12, meaning many of the concerns about infection control in schools that dominated debate this year may still remain in September.

The province largely has not mandated classes of a specific size during the pandemic. High school students in areas with more COVID-19 infections were cohorted into groups of 15 during the last academic year, but most elementary students and those elsewhere in province didn’t see a cap on class sizes.

Opposition parties in Ontario have ramped up announcements and news conferences about education and other pandemic-related issues in recent weeks, with the next provincial election now less than a year away.

Others have also joined calls for the government to outline its back-to-school plan, after the year of disruption that gave rise to concerns over students’ mental health and learning impacts on children.

The Canadian Paediatric Society wrote to Lecce, Premier Doug Ford and Moore on Friday calling for the back-to-school plan to be released as soon as possible.

It repeated its concerns about the pandemic’s negative impact on students and said “all necessary measures” should be taken to ensure lessons happen in person, following pre-pandemic schedules.

“After 15 months of disruption and constraints, it is critical that school routines and supports be fully restored,” the letter said.

It also called for mental health funding, the return of extracurricular activities that were cancelled during the pandemic and a plan to address learning loss.

The group also argued that pandemic recovery community supports for families should go beyond schools.

“Children and youth must be a priority population in post-pandemic recovery plans, and pediatric health experts need to part of planning and decision-making,” it said.