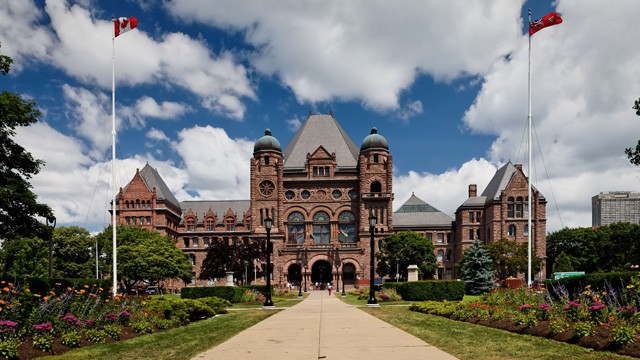 The Ontario government is launching a review of the scope and effectiveness of the OMB. Stopping short of abolishing the OMB, the province is saying that they believe the OMB has a role in land use planning and is looking to this review to ensure that the Board’s role is appropriate, open and fair.

If you don’t know what the Ontario Municipal Board is, you’re not alone because I suspect a lot of people in the province don’t know what it is, let alone what it actually does. The OMB is an independent administrative board that operates more like an adjudicative tribunal and the most primary function it serves is to hear applications and appeals on municipal and planning disputes.

In other words, every time new development proposals upset the local people/council (be they legitimate grievances or just pure NIMBYism), the developers know they have a backup plan in the OMB. The developer can appeal to the OMB to override the decisions made at the municipal council, and according to critics, the OMB usually sides with the developers.

The issues with the OMB have come to a point where Toronto City Council voted to ask the province to exempt Toronto from the OMB’s jurisdiction. In 2011, Mississauga City Council requested that planning and development disputes be placed in the hands of elected municipal officials; in short, they asked that the OMB be abolished.

You may be surprised to learn that no other province in Canada has anything like the Ontario Municipal Board; an unelected body that can override a local municipal council’s decisions on their own local planning applications from developers. As Jeffrey Simpson stated in his column from the Globe and Mail:

Other provinces have institutions that, on paper, sound like the OMB. None, however, has its scope or powers. Some of them, as in Manitoba and Alberta, deal mainly with assessment appeals. Others that do deal with planning lack the OMB’s almost imperious powers. (B.C. has no such institution.)

That unique distinction I reckon is not something widely celebrated in Ontario.

So if you’re interested in voicing your opinion to reform the OMB, or to have a public platform calling for its abolition, here is your chance to do so. All the meetings start registering people between 5 to 6 pm, and the meetings will begin at 6 pm and end around 9:30 pm

Obviously, I’m not expecting people to go as far as Thunder Bay, but Mississauga’s is coming up in November, and other ones will be held in Oakville, Toronto, and Hamilton.