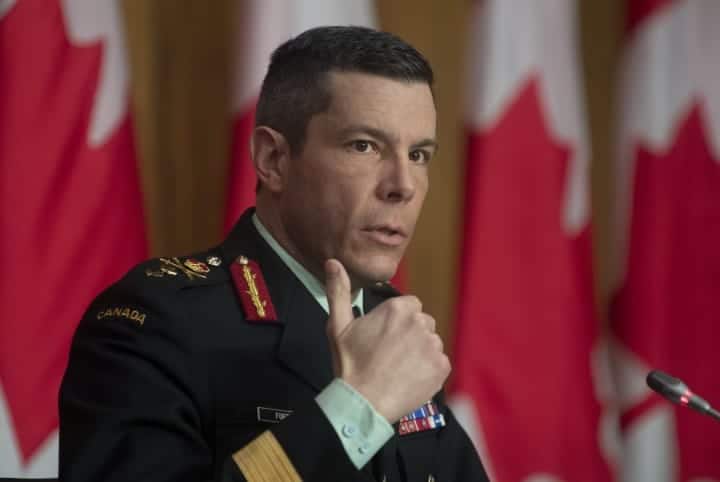 Ontario might shorten the length of time between COVID-19 vaccine doses and is looking into mixing and matching doses as it prepares to receive increased shipments of the Pfizer-BioNTech vaccine.

The province expects to receive weekly shipments of more than 785,000 doses from Pfizer-BioNTech in May, and more than 938,000 doses per week next month.

Health Minister Christine Elliott said Monday that the added supply might allow the province to shorten the current four-month interval between the first and second shots.

“We expect that with the much larger quantities of the Pfizer vaccines that we’re receiving throughout the month of May, that we may well be able to shorten the timeline for people to receive their second doses,” Elliott said.

If that happens, people will be contacted to arrange a new time for their second appointment, the health minister said, adding that the new interval would be closer to the original timeline for vaccinations.

Pfizer recommends a 21-day interval between its two shots, while Moderna recommends four weeks and Oxford-AstraZeneca advises between four and twelve weeks.

Ontario extended the interval between doses earlier this year during a period of slow vaccine supply to Canada, making some exceptions for certain at-risk individuals.

While larger Pfizer-BioNTech shipments are expected in the coming weeks, incoming supplies of other approved vaccines are less plentiful, and less certain.

The province is expecting 388,000 Moderna vaccine doses during the week of May 10, and further supply of Oxford-AstraZeneca in the coming months has yet to be confirmed.

Ontario officials confirmed Monday that the province has asked a federal vaccine advisory group to look into the possibility of mixing doses between the first and second shots.

She said the province was waiting to see the results of a U.K. study looking at the effectiveness of the mixed-vaccine dose approach, but the results aren’t expected until next month. She said Ontario has asked for recommendations from the Canadian body by mid-May.

“Likely (NACI) will recommend that it is safe and effective to use a different vaccine for the second shot, if you cannot get the same one you got for the first one,” Yaffe said Monday.

Dr. David Williams, Ontario’s top doctor, said the priority is to protect as many people as possible from COVID-19 as the province battles a deadly third wave of infections that has strained the health-care system with critically ill patients.

“The key is to get as many people vaccinated as quickly as possible,” Williams said. “We’ve got to get these numbers down.”

Ontario is sending half its vaccine supply to designated COVID-19 hot spots for the next two weeks, and the government has said it hopes to allow all adults in the province to book shots by the end of the month.