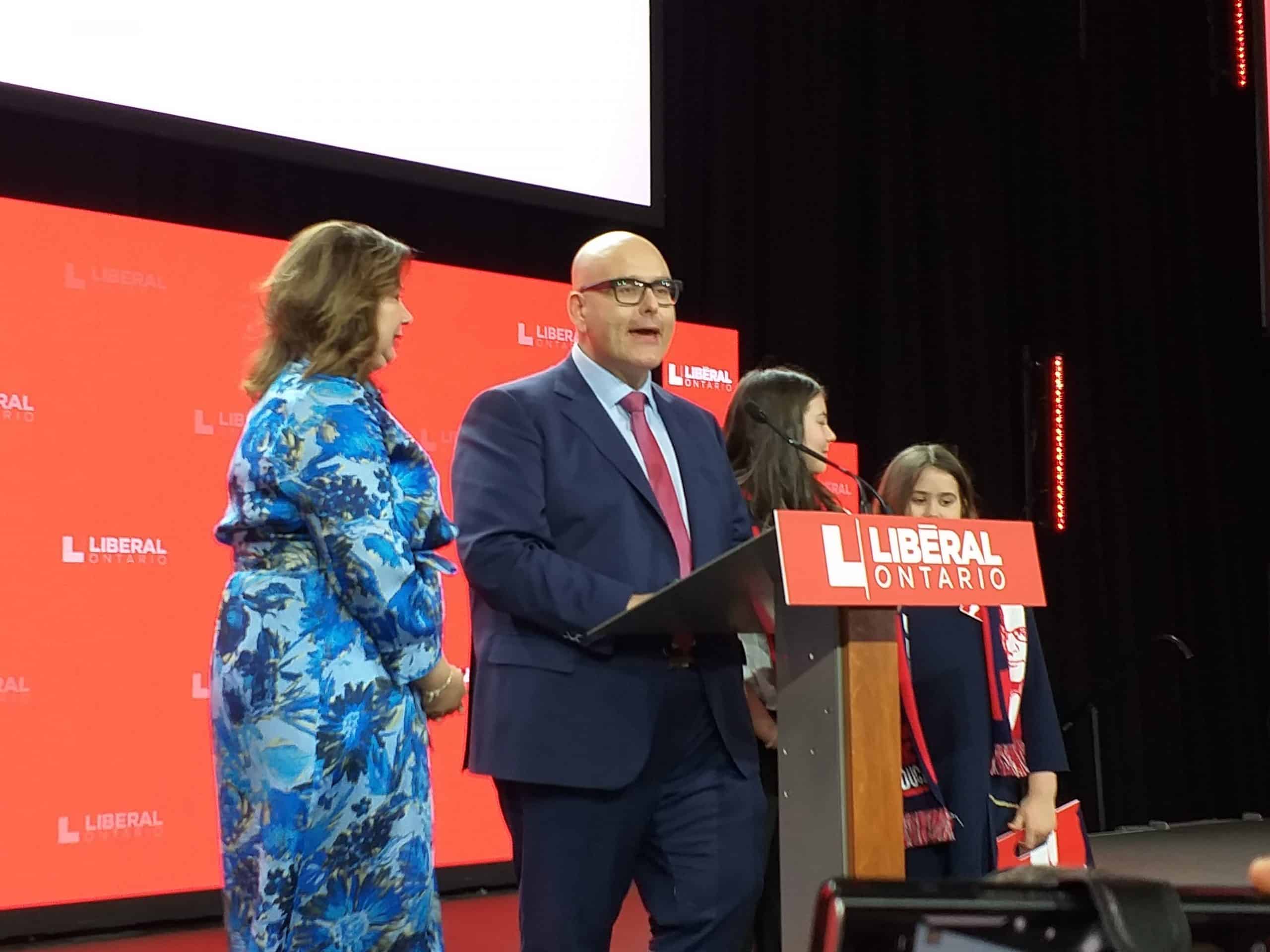 The Ontario Liberal Party has chosen a familiar hand from their previous term in government to steer them into the 2022 provincial election.

Steven Del Duca, a former cabinet minister, was elected leader on the first ballot at the OLP leadership convention at the International Centre in Mississauga with 1,258 delegate votes out of a total of 2140 valid votes, garnering 58 per cent support.

Del Duca, 46, was first elected in Vaughan in a 2012 by-election, serving as Transportation and Economic Development Minister under Kathleen Wynne. He lost his reelection bid in 2018 to the Tories, when the 15 year long Liberal government went down to defeat at the hands of Doug Ford’s Progressive Conservatives. 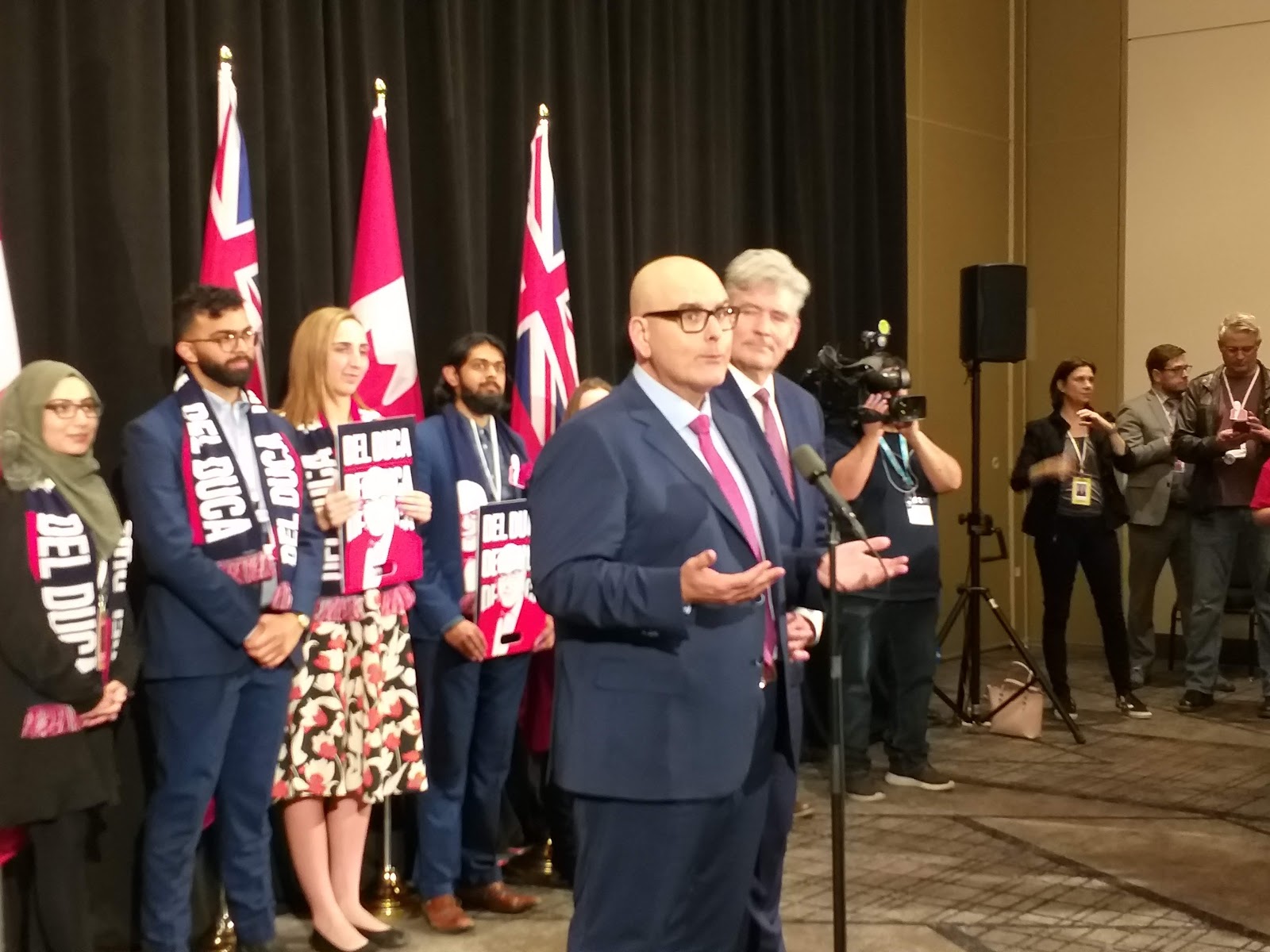 In his speech to delegates on Saturday morning, Del Duca spoke of his ‘humble’ family upbringings and his desire to leave a ‘province better for his daughters, saying he ‘refused to leave his daughters’ future in the hands of a climate change dinosaur,’; Ford has faced numerous criticism that he denies the science of climate change.

Del Duca spoke about issues like his plan for a ‘basic benefits package’ so that “no Ontarian talent will be forced to sit on the sidelines,” promising no student will be left behind because they ‘couldn’t afford to pay tuition.’

The attacks on the former Wynne cabinet stalwart began before and almost as soon as the results were announced. Former Liberal MP Dan McTeague leveled this charge at Del Duca’s reference to his daughters’ concern over climate change and said hydro bills will get more expensive if the Liberals regain power: 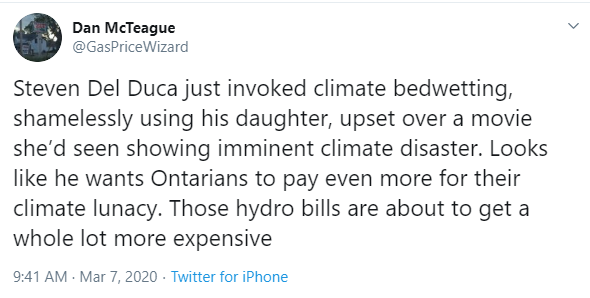 This was in reference to a rather embarrassing mini-scandal about Del Duca that emerged when he and his wife tried to acquire land from the Toronto Region Conservation Authority to save an in-ground pool they had built. The pool was built last summer without all the necessary permits and it’s too close to the parkland, according to municipal bylaws.

Del Duca dodged questions from reporters about the pool scandal, saying ‘people may not expect perfection, but they expect a level of competence,’ comparing himself to Ford’s premiership, which has been plagued by their own issues, such as the botched rollout of new Ontario license plates.

But the pool issue allowed for much fodder from the opposition. Tory House leader Paul Calandra showed up in Mississauga to scrum with reporters immediately after the results were announced, in a rather creative fashion. 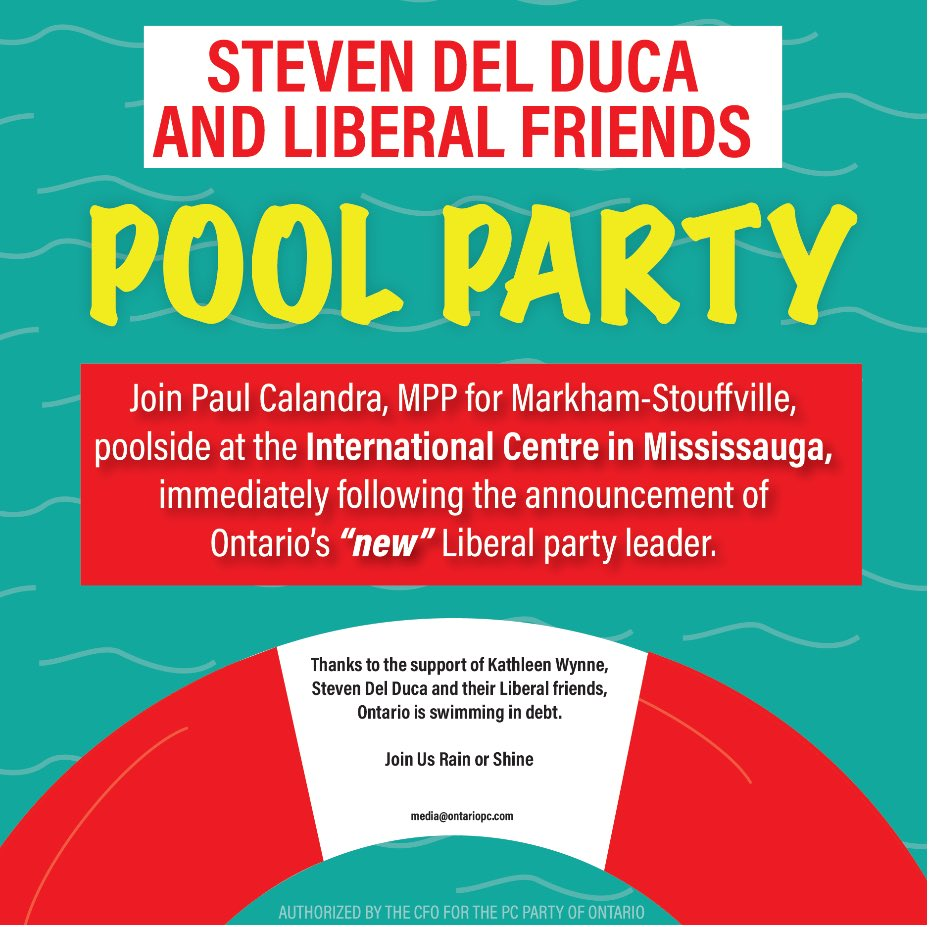 But all kidding aside, more progressive voices say Del Duca would shift the Liberals too far to the right, in contrast to how Wynne moved the OLP too far to the left, saying that would leave the NDP as the only ‘progressive option’.

However, the more daunting task for Del Duca would be the rebuild the party from the ground up. The Liberals currently have eight seats in the Legislature, making them the third-place party which does not give them official party status.

There are also other challenges, such as getting the party out of financial debt and finding over 100 candidates to run in the next election.

When asked if he would remain outside the Legislature until 2022, Del Duca did not directly answer whether he would seek to run in a by-election, even when pressed if he would ask Wynne to step down from her Don Valley West riding so an opening would be created.

It remains to be seen if Del Duca can brand himself and the Liberals as a credible alternative to Ford and NDP leader Andrea Horwath…the next time when Ontarians go to the polls.