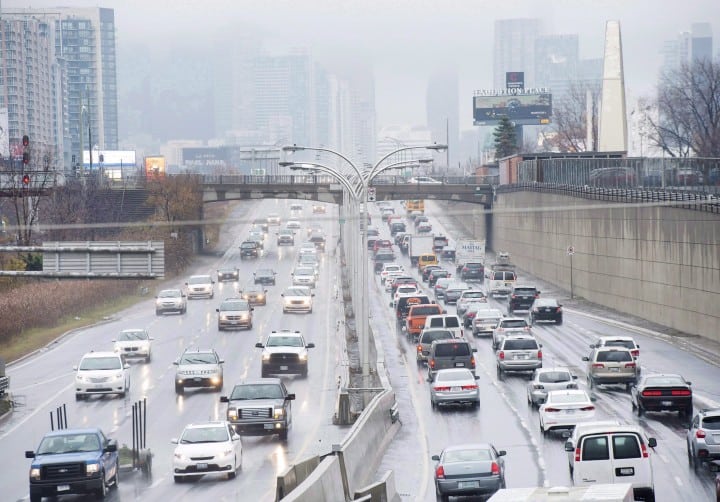 Ontario plans to increase penalties for speeding, stunt driving and other traffic violations, saying it has seen a spike in the offences since the pandemic hit.

The government introduced legislation Monday that would, among other things, increase vehicle impoundment times and lengthen licence suspensions.

“Driving is a privilege and those that threaten the safety of others have no place on our roads,” she said.

It also introduces escalating post-conviction licence suspensions, up to a lifetime ban for a fourth infraction.

It would also lower the threshold for laying street racing charges for those travelling 40 km/h or more above the posted limit on roads where the speed limit is less than 80 km/h.

The government said stunt driving offences have been on the rise since 2015, with a large spike seen last year.

Mulroney said fewer motorists on the roads during the COVID-19 pandemic encouraged more people to drive at excessive speeds.

“Unfortunately, many drivers took these open roads as an invitation to put their foot down on the gas pedal,” she said.

Roadside driver’s licence suspensions for street racing increased an additional 52 per cent between March and August 2020 compared to the same period in 2019, Mulroney said. Nearly five per cent of drivers suspended during that period had one or more previous suspensions in the last five years, she added.

In another example reported Monday, police in Perth County said they had charged a man from Seaforth, Ont., after he was allegedly clocked at driving above 170 kilometres an hour in an 80 zone in West Perth.

“All road users and enforcement professionals are placed at risk on a daily basis,” said Brian J. Patterson, president and CEO of the group. “We will be a safer province when these regulations take effect.”

The government also plans to introduce measures to protect vulnerable road users, such as pedestrians and highway workers, improve truck safety and strengthen the province’s oversight of the towing sector.

If passed, the Towing and Storage Safety and Enforcement Act would require tow operators, tow truck drivers and vehicle storage operators to be certified, and set new standards for customer protection and roadside behaviours, including penalties for non-compliance.