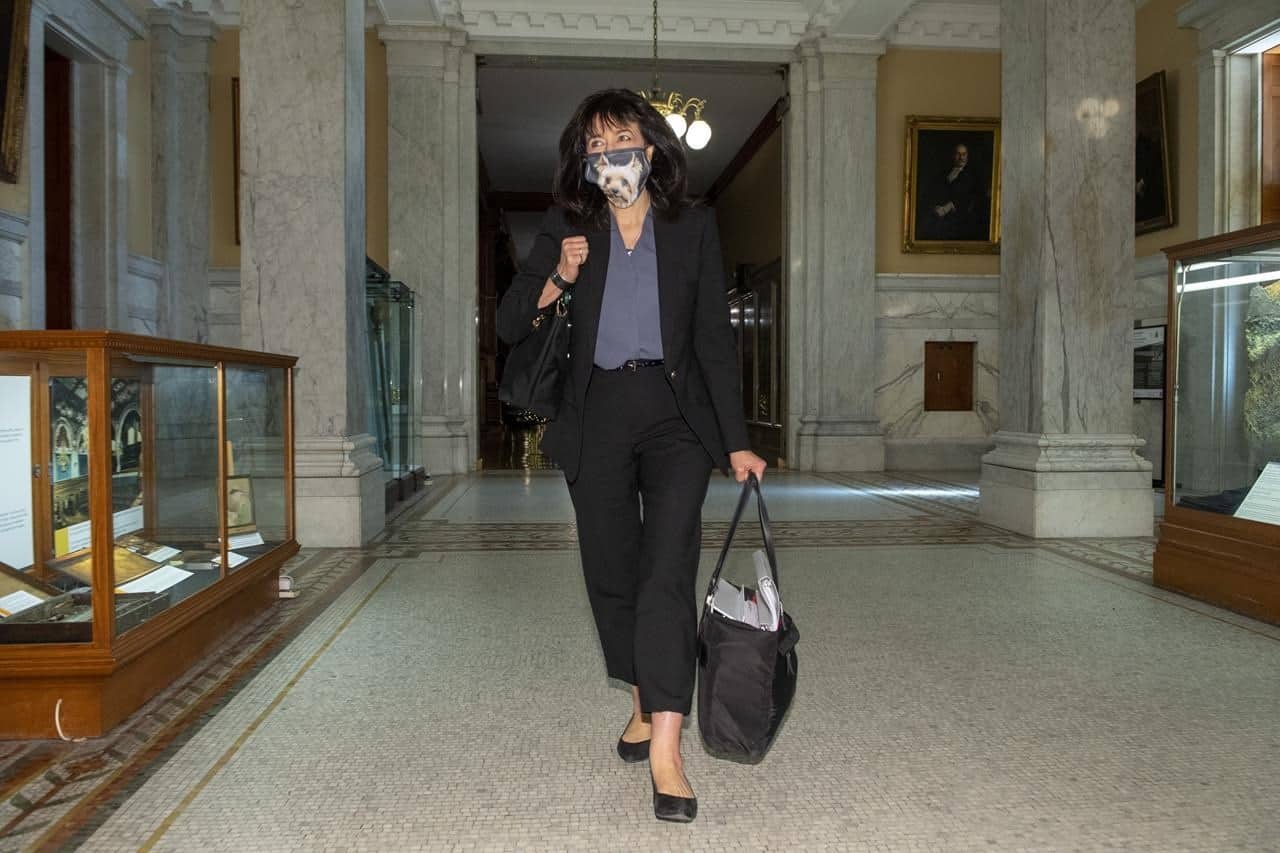 Bonnie Lysyk, Auditor General of Ontario, found that the provincial government ignoring the public's right to consultation on environmentally significant decisions, and has also tucked changes into bills from other ministries. (The Canadian Press)

The Ontario government is ignoring the public’s right to consultation on environmentally significant decisions as it allows companies off the hook for pollution costs and harm to at-risk species, according to a new set of environmental audits.

The auditor general’s annual report on the environment found the government has failed to recoup clean-up costs of hazardous spills and is giving blanket approval to all work proposals that would harm species at risk.

It also found the government will likely fail to meet its own waste diversion targets because businesses aren’t being held to account on recycling.

“The public would expect a ministry named the Ministry of the Environment to take the lead and be proactive in ensuring that Ontario’s environment is protected for future generations. However, our work indicated that there are many areas where this is not the case,” Auditor General Bonnie Lysyk said Monday.

Changes made by the Environment Ministry don’t reflect a focus on improving the environment, Lysyk noted, and she recommended greater government transparency about its motivations.

Environment Minister Dave Piccini said the government would go through the recommendations and continue taking “meaningful action” on the environment.
The report found the Ministry of the Environment and several others
“deliberately avoided” consulting the public on environmentally significant decisions, though they are legally obligated to do so.

Even when information was made public, ministries didn’t always provide all the information people need to give informed feedback, the audit found.

Under the Environmental Bill of Rights, Ontarians have an enshrined right to public information and consultation on decisions that may impact the environment, similar to French-language and employment rights.

But the audit said the Environment Ministry has failed to show leadership on that law — including by educating the public about their environmental rights — and some other ministries don’t have formal procedures for following it.

As an example, the audit pointed to changes made to the Conservation Authorities Act that happened without consultation because they were included in a budget bill.

In another case, the public wasn’t consulted on the amalgamation of several tribunals that deal with mining, planning and environmental protection because the Ministry of the Attorney General, which isn’t prescribed under the Environmental Bill of Rights, made the changes.

The report also flagged the increase in the municipal affairs minister’s powers to issue Minister’s Zoning Orders — which can bypass consultations for development projects — as a violation of the Environmental Bill of Rights. An Ontario court this year found that the Progressive Conservative government broke the law by making that change without proper public consultation.

Lack of transparency was also highlighted in other environmental audits, one of which found the province is not providing timely, comprehensive reports on the state of the environment or progress on its environmental goals.

Another audit flagged a lack of timely and comprehensive disclosure about the quantity and harm of hazardous spills. That audit also recommended the Environment Ministry strengthen its compliance and enforcement protocols on polluters.

The audit on spills found that over 73,000 hazardous spills were reported in the province over the last decade, but the ministry only attempted to recover response costs three times, and in those cases the government only pursued half of the costs.

A probe of 30 spills where the government didn’t pursue costs estimated the response cost to taxpayers at $4.5 million, and full unrecovered costs are likely much higher.

Another audit found the government has not taken enough action on diverting business and industrial waste, which threatens to keep the province from meeting its targets in that area. It leaves questions about “where to put all this waste and how to pay for it,” according to Lysyk.

The Environment Ministry was dinged in another audit for failing to protect species at risk by essentially approving all permit applications that would harm those species. That audit found such permits have increased by 6,000 per cent since 2009.

It also found the environment minister’s species-at-risk advisory committee is now dominated by industry representatives and said more species will be added to the list without substantive action on the issue.

Piccini said the government is making improvements on transparency and said enforcement issues over waste diversion and other areas are being dealt with by talking with industry players.

“I don’t think we’re going to effect meaningful … change by driving industry out of this province,” he said.

Ontario Green party Leader Mike Schreiner said the startling figures in the report, such as approvals affecting at-risk species, speak to the government’s lack of commitment to environmental protection.

“(Premier) Doug Ford has set Ontario on a path towards environmental destruction,” he said. “It’s a sad day in this province when the auditor general is fielding questions around whether the Ministry of the Environment is even there to protect the environment.”