Canada is approaching the third anniversary of legalized cannabis.

Ontario has hit a new ‘highstone’ of 1,000 legal cannabis stores, with one of those zeroes represented by Mississauga.

The Ontario Cannabis Store recently announced that the number of pot shops that have opened over the last 2½ years has hit quadruple digits. The City of Mississauga is the third-largest city in Ontario and the largest in the Greater Toronto and Hamilton Area that does not permit cannabis stores to operate. Cannabis became legal in Canada in 2018, and provincially regulated stores began opening in April 2019.

Where, and whether a store can open is entirely up to a provincial agency.

Neighbouring Brampton has seven cannabis shops. One recently opened location, Chamba Cannabis, even has a touch-and-learn station where customers can look, smell and learn about the flower strains on display. 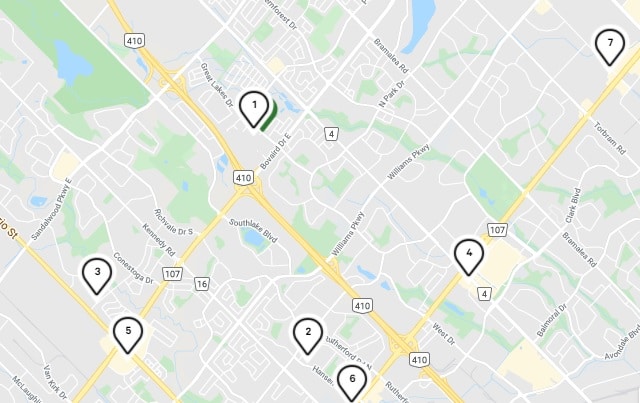 About 250 cannabis shops are located in Toronto. Among cities with populations between 400,000 and 1 million, Hamilton has 35 pot shops, Ottawa has 30 and London has 17, according to the OCS store locator.

Brampton, whose population is over 600,000, might actually be underserved compared to some smaller Ontario cities. It has the same number of pot shops as Peterborough, whose population is only 84,000. It also has fewer shops than both Kingston (9, for 136,000 people) and Guelph (also 9, for 135,000).

Officially, the 1,000th cannabis store to pen in Ontario was 6 of Spade in the Little Portugal neighbhourhood (1278 Dundas St. W.).

You can now shop at over 1000 Authorized Cannabis Retailers across Ontario, owned and operated by your local buds. Find a store near you: https://t.co/GA1K26YcY7 pic.twitter.com/3ElBh7ZxZG