Ontario government to present first pandemic budget, lay out next steps for recovery 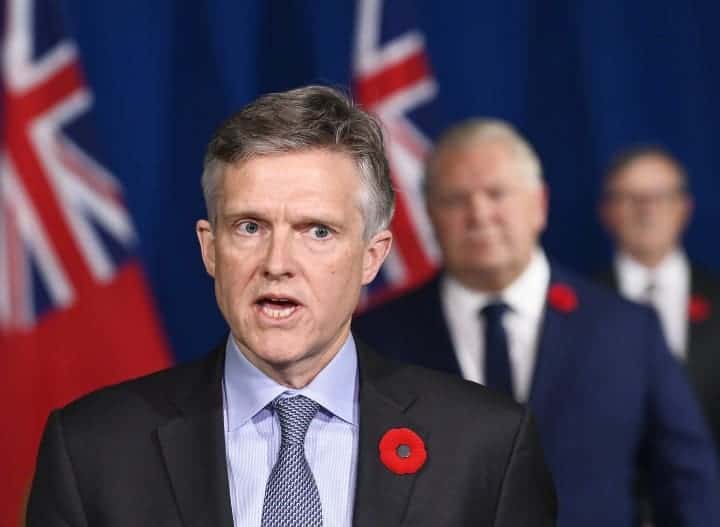 The province has said the budget will lay out the details of the next stage of its COVID-19 response.

That includes the new standard for long-term care announced earlier this week, which would see nursing home residents receive an average of four hours of direct care every day.

The Tories put off delivering a full fiscal plan earlier this year, citing the economic uncertainty caused by the global health crisis.

The fiscal update it gave in March instead initially included $17 billion in COVID-19 relief, though that projection was updated to $30 billion by the end of 2020-21.

The province also originally predicted a deficit of $20.5 billion, which was later raised to $38.5 billion because of the added spending.

Finance Minister Rod Phillips says the document released today will be a three-year budget that aims to “protect,” “support” and “recover.”

“As COVID-19 continues to cause uncertainty in the global economy, we need to position Ontario for a strong recovery, even while being focused on the urgent needs of today,” Phillips said.

Premier Doug Ford also promised in October that he would spend $9 billion in program spending that had not been allocated.

That unspent money was flagged by the Financial Accountability Office, which noted that the cash could be used to bring down a projected $37.2-billion deficit for 2020-21.

The Ford government has also said the financial demands of the pandemic mean it won’t balance the books by 2023-24 as promised.