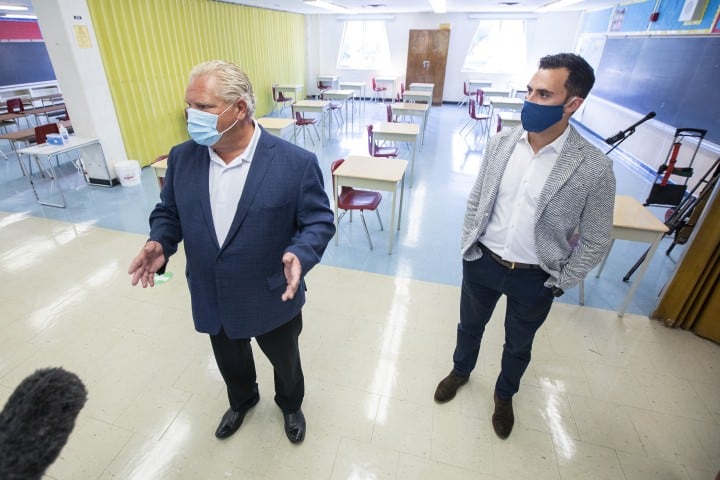 The Ontario government reached a tentative deal with the Ontario Council of Educational Workers, representing six unions and thousands of workers.

The Ontario government has reached a tentative deal with school staff represented by the Ontario Council of Educational Workers.

OCEW issued a statement saying the deal was reached after multiple days of negotiations between the bargaining council, the Council of Trustees’ Association and the province.

It says the tentative deal will go to members for ratification across the province in the coming weeks.

The OCEW comprises six unions representing thousands of workers at public and catholic school boards across the province, including educational resource facilitators and maintenance and construction workers.

Education Minister Stephen Lecce issued a release saying the deal shows the Progressive Conservative government can deliver agreements with education unions. Neither Lecce nor OCEW disclosed the terms of the new contract.

The deal comes weeks after the province locked horns with the 55,000 educational workers represented by the Canadian Union of Public Employees, who walked off the job for two days last month after the government passed a law imposing a contract on them, banning their right to strike and preemptively invoking the Notwithstanding Clause to guard against constitutional challenges. That law was eventually repealed, and the two sides ratified a new contract.