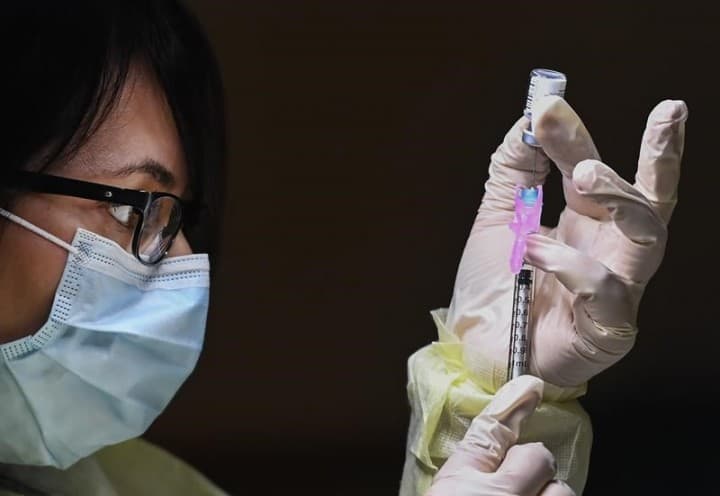 The Ontario government has come under fire from critics after COVID-19 immunizations ramped down over the holidays.

The Ministry of Health said in a statement Monday that hospitals administering the vaccine asked to change the schedule to ensure proper staffing levels on wards and in long-term care homes during the break.

The province said five of its 19 vaccination clinics were open on Sunday, 10 were running Monday and all sites are expected to resume operations on Tuesday.

It said more than 13,000 of an expected 90,000 doses of the Pfizer-BioNTech shot — which are earmarked primarily for hospitals due to its storage requirements — had been administered so far.

“We anticipate getting through the 90,000 doses at our 19 active hospital sites in the next several days as we await future shipments from the federal government,” the ministry said.

The pause in vaccinations stirred outrage among critics, including some in the health-care field.

“No vaccinations on the weekend or holidays. Not sure now is the time to take 4.5 days off. COVID is not on holiday,” his account read.

Opposition legislators also took issue with the closures, saying the province needs to be more transparent about its plans for immunization.

“Vaccine supplies have been available in Ontario for more than two weeks, yet instead of an urgent mobilization to get the vaccine into the arms of people who need it most, we’re seeing the government struggle to figure out how to move this life-saving vaccine out,” NDP Leader Andrea Horwath said in a statement Monday.

Liberal Leader Steven Del Duca said Ontario is lagging behind when it comes to immunizations per capita, and can’t afford to fall back any further.

“The vaccine is the light at the end of the tunnel, we can’t afford to delay its rollout by nearly a week. With so many doses on hand and so few administered, there’s no excuse for the delay,” he said in a statement.

But Ministry of Health spokeswoman Alexandra Hilkene said staffing levels were the issue.

“It is important to note that COVID-19 has further exacerbated staffing challenges in long-term care homes and hospitals across the province,” Hilkene said.

“As a result, over the holidays, hospital sites administering the vaccines requested to operate on slightly amended schedules, recognizing the challenges that the holidays can have on staffing levels in hospitals and long-term care homes.”

In a tweet, Ontario Hospital Association president Anthony Dale said the vaccination ramp down was not planned.

“Hospitals embrace their responsibilities, but cannot be the only vaccine distribution mechanism,” he wrote. “(We) must diversify distribution plan to public health and primary care for other vaccines.”

Another vaccine by Moderna was approved for use in Canada on Dec. 23 and Ontario is expected to receive more than 50,000 doses by the end of the month.

The province did not release its daily summary of new COVID-19 cases and deaths on Monday, but reported 2,005 new infections and 18 new deaths on Sunday.