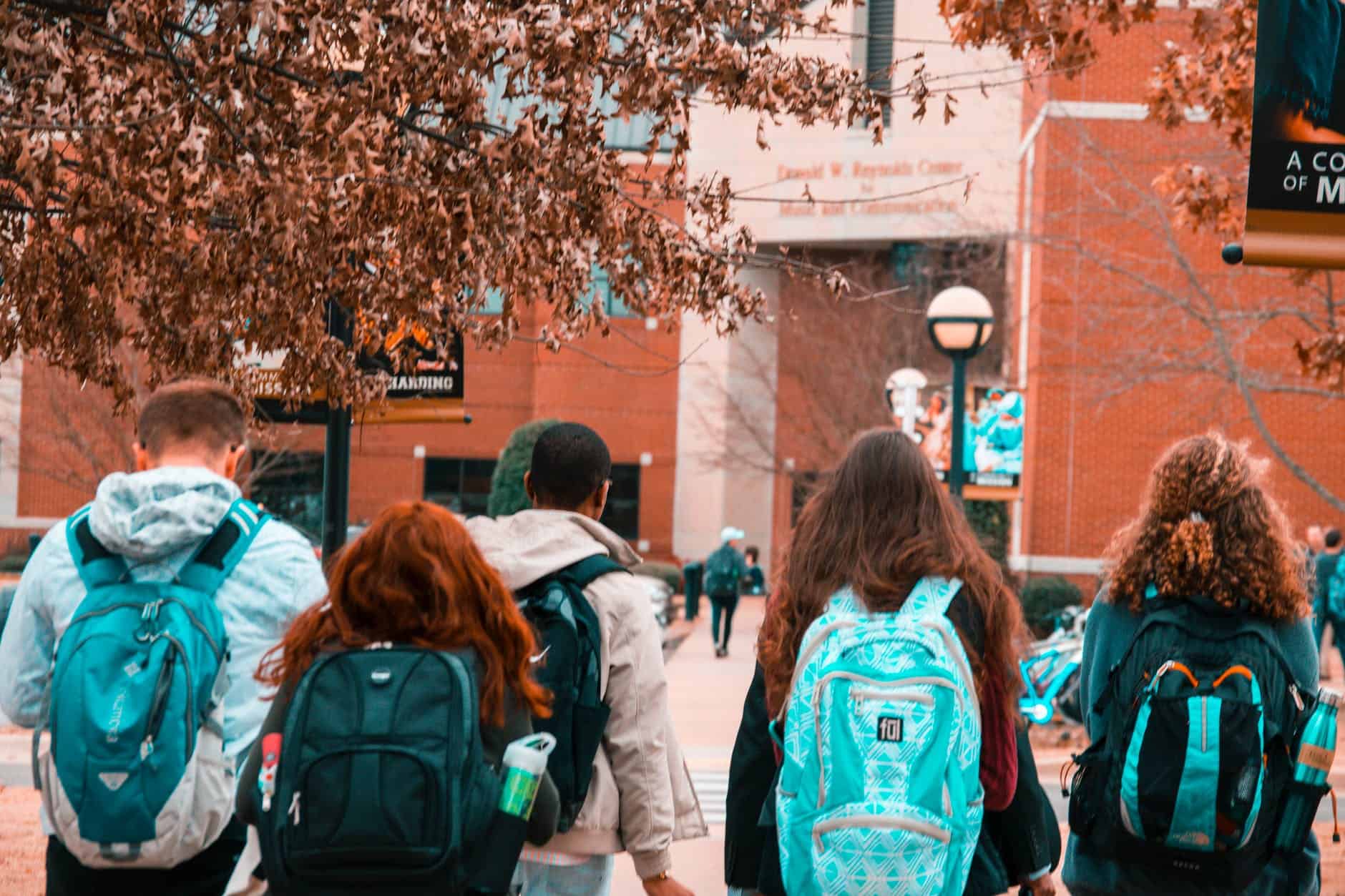 In the midst of the big announcement over a cut in tuition fees by 10 per cent the Doug Ford government is bringing in for post secondary students, they also announced some changes to the much-used Ontario Student Assistance Program (OSAP).

Colleges and Universities Minister Merrilee Fullerton announced that the government will be “refocusing OSAP to ensure it remains sustainable and viable for future students while directing a greater proportion of OSAP funding to families with the greatest financial need.”

In 2017, the previous Liberal government announced that students from families with a combined income up to $175,000 would benefit from more generous grants and loans to assist with college and university expenses. This meant that more than one-third of all full-time college and university students in Ontario would receive free tuition.

That will no longer be the case, as the Tories announced they are shifting OSAP to focus on lower-income earners, adding that the changes will ensure 82 per cent of grants will go to students with a family income of less than $50,000.

For the first time in Ontario, tuition fees will be reduced by 10% for college and university students.

We're also ensuring that OSAP grants focus on those who need it most. Under our plan, 82% of grants will go to families earning under $50,000 – up from 76% under the Liberals. pic.twitter.com/YSsZtQP9r5

An Auditor General’s report noted that although more people were getting financial aid last year (24 per cent more university recipients and 27 per cent more college recipients) enrolment was not matching the funding increase was only 1 per cent for universities and 2 per cent for colleges.

While the Ford government has touted the OSAP changes as ensuring the program’s sustainability, they were also criticized for benefiting students from higher income families who may not really need it, and making it harder for lower income families to get access for funding to post secondary education.

Former Ontario premier Kathleen Wynne released a number of statements in response to the announcement. 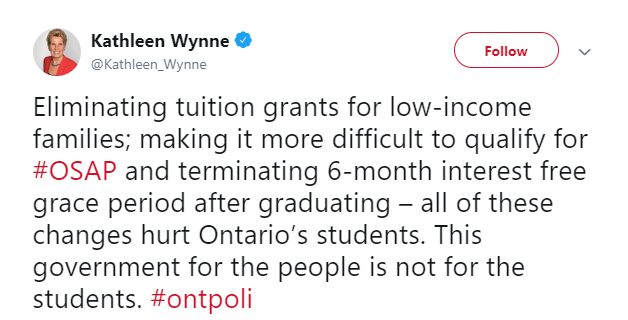 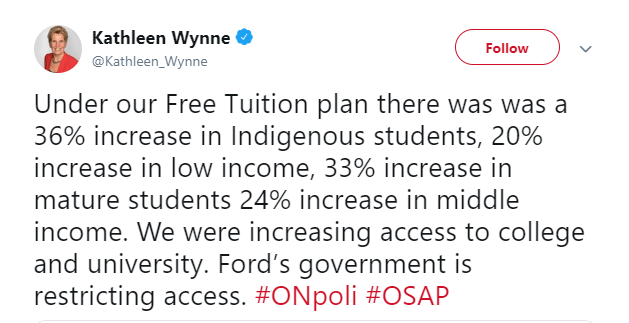 Others have pointed out that the drop in tuition means that schools will have to make up for the lost revenue elsewhere, likely in the form of fees. And others were more pointed in their condemnation of the Ford government. 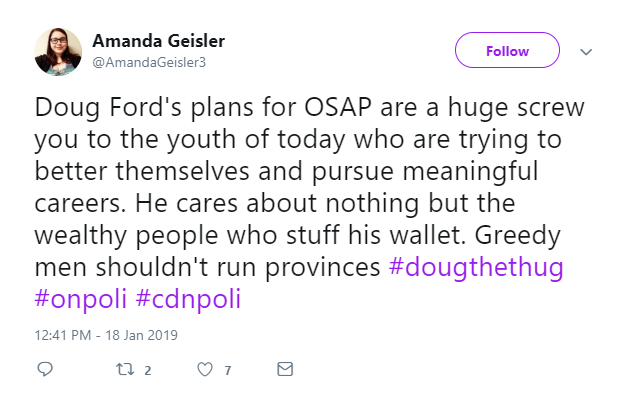 An online petition to stop the rollback of ‘free’ tuition has so far garnered almost 5,000 signatures.

This blog post looking into the announcement also examined another interesting caveat: the government has instructed institutions to give students the ability to opt-out of all “non-essential non-tuition fees”, which could lead to less funding for groups such as student unions, organizations most likely not friendly with the Ford government.

Which partially explains why on Friday, January 18 there were massive student protests outside and around Queen’s Park over the OSAP changes, and another one planned on January 25.

The student organizers of the protest cited a 2012 Quebec government decision to raise tuition rates. In response, a quarter of a million students took to the streets to demand change, and the result was a halt of the tuition increases. It appears students in Ontario are hoping for a similar result with these protests.

However, with the government’s almost laser-like focus on finding efficiencies and dealing with the provincial deficit, it seems no programs or funding are safe.

The tuition and OSAP changes are scheduled to take place by September 2019.