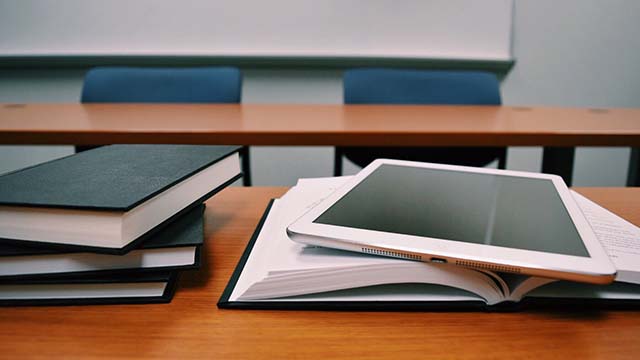 If a teacher sticks with the recently-implemented 2015 sexual education curriculum that focuses on such timely issues as consent, internet culture and LGBTQ issues, parents can access what some critics are calling a “snitch line.”

Newly elected Premier Doug Ford recently announced that parents who support the PC government’s controversial plan to revert to the 1998 sex-ed curriculum can file complaints against reportedly non-compliant educators on a new “For the Parents’ website.

“The Ontario government is committed to doing better when it comes to your children’s academic achievement,” the government wrote on the website, adding that the government plans to launch yet another mass consultation project in the fall.

“During this consultation period fundamental lessons will be restored to classrooms. The Ministry of Education has issued curriculum guidance to assist educators and ensure a common curriculum standard across Ontario. All provincial education professionals, including teachers, are expected to abide by this curriculum guidance. This website is designed to give parents a portal to provide feedback about concerns related to the curriculum being taught in the classroom, while the consultation process is underway.”

But even though the government has demanded that educators comply with its orders to revert back to what many are calling a dated–and even outright irresponsible–curriculum, some teacher groups are taking a stand.

Doug Ford & the Minister of Ed calling on parents to file complaints against Teachers. Unprecedented, outrageous, and shameful! This is a blatant attack on the professionalism, the profession judgement, of teachers.#shame @@ETFOeducators @OFLabour @CanTeachersFed pic.twitter.com/T9jvOseSrz

The Elementary Teachers Federation of Ontario (ETFO) recently called out the Ontario government for “creating chaos.”

“The Ford government is continuing to create chaos in Ontario’s education system instead of addressing real issues of underfunding in the public school system,” the ETFO wrote in a news release.

“This government is misrepresenting what is actually happening in public schools and manufacturing a crisis instead of examining real issues like an education funding formula that is underfunding schools,” said ETFO president Sam Hammond.

“Teachers, education professionals and principals have regular communication and relationships with parents and students that have worked well. Having a Ministry of Education ‘snitch line’ that bypasses the systems already in place to deal with issues at the school level will prohibit parents and educators from addressing classroom concerns constructively. As we’ve seen from social media, anonymous portals and comment threads are toxic and counter-productive to improving any situation, in this case school culture.”

The ETFO says reverting to the old curriculum will put students at risk, as they’ll receive no relevant and timely information on sexting, consent and lesbian, gay, bisexual, transgender and queer relationships and identity.

“This regression will put a chill on the classroom and limit teachers’ ability to meet the needs of students. It effectively asks educators to put their students’ safety at risk.”

The ETFO also said the government is misguided in its attempts to revamp the province’s mathematics curriculum, arguing that teachers have already been given additional math training and that financial literacy is already taught in schools.

The organization says the additional consultations being ordered are a waste of taxpayer money.

“And why is the government creating unnecessary chaos at the beginning of the school year? Ontario has an internationally well-regarded education system that scores consistently well on science and math on international tests. Consultation is important, but it needs to be balanced with input from education experts in the field and research on successful practices,” said Hammond.