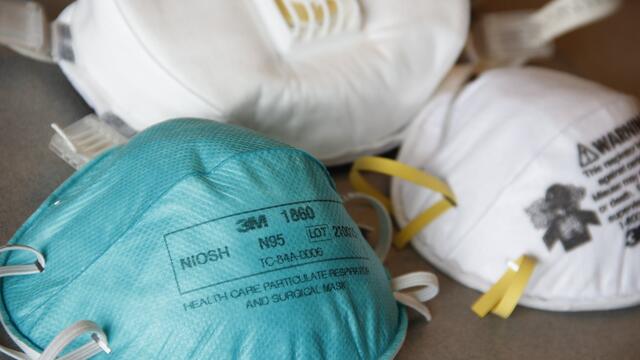 GEORGINA, Ont. — An Ontario First Nation is turning to a drone delivery company for contact-free shipments of protective equipment and testing supplies in an effort to bolster enhanced protections against the COVID-19 pandemic.

Drone Delivery Canada, a company based in Vaughan, Ont., will initially make small shipments of roughly 4.5 kilograms at a time to Georgina Island First Nation in Lake Simcoe during a pilot project funded by the federal government.

The company also has the ability to send packages of about 180 kilograms in larger unmanned aircraft if needed.

William McCue, a councillor with the First Nation, says their community has upheld lockdown rules for longer than the rest of the province, and the use of drones will help supplies continue to roll in while people stay isolated.

“At the beginning of the pandemic we had a total lockdown of the community,” said McCue. “We tend to wait maybe three weeks or more before we go into the various phases that the province implements.”

With the drone delivery system set to begin in the coming weeks, McCue said his community is in a better position to handle a second wave of the COVID-19 pandemic.

Even though Georgina Island is relatively close to multiple urban centres, McCue says the logistics of ferrying in supplies mean it can take a week for protective supplies to ship to his community.

Shipments can be further delayed by rough waters or inclement weather during harsh winters. With a drone service, shipments can be delivered to a depot on the island every hour, even with rain or snow.

“I think the community will feel more at ease knowing there is another avenue for us to obtain supplies without (contact),” said McCue.

If successful, he said drones could eventually be used to deliver everyday items like insulin and groceries to remote communities throughout the province.

The company operates out of a control centre in Vaughan where staff monitor the operations of their unmanned fleet, and are able to intervene in special circumstances like weather events or unforeseen issues around air traffic.

He described the service to Georgina Island as a back-up to the community’s regular supply chain, with the added benefit of less contact.

Drone Delivery Canada is also setting up a similar service for the Beausoleil First Nation in the Georgian Bay, and has previously delivered health-care products for a logistics firm out of Milton, Ont.

Unmanned aircraft have been used as a tool to respond to the pandemic around the world. In United States, various firms are using drones to deliver personal protective equipment to limit person-to-person contact. In Dubai, drones have been used to spray disenfectant on streets.

And in multiple Asian and European nations, drones have been used to monitor whether citizens are complying with social distancing.

Back in Canada, Zahra said the pilot project with the Canadian government is meant to explore whether there could be wider uses of drone technology in remote environments.