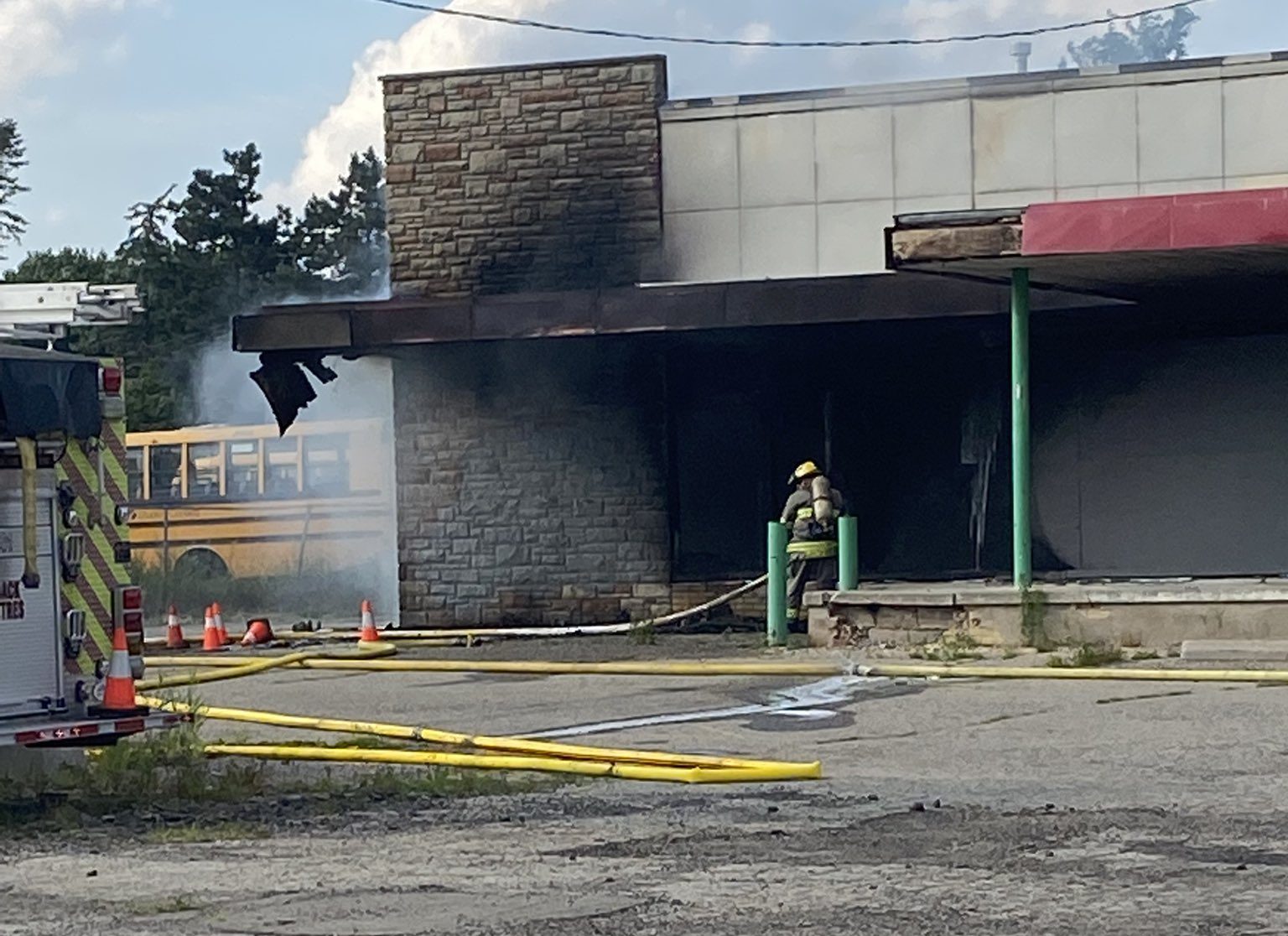 A fire that broke out at a vacant commercial building in Brampton is under investigation.

The building in the East Town Plaza, 16-26 Kennedy Rd., just north of Queen St. was reportedly once a grocery store but it has sat vacant for several years.

Brampton Fire and Emergency Services responded to the blaze after 6 p.m. on Sunday (June 26).

Crews are on scene of a Commercial property fire in the area of Queen St and Kennedy Rd. Kennedy blocked North of Queen. Please stay clear of the area ^RS pic.twitter.com/yzpD7f5G3X

The fire is currently under investigation by the Office of the Ontario Fire Marshal, City of Brampton spokesperson Megan Ball says.

There were no injuries reported, and fire crews were on the scene for approximately four hours.

There is a proposal to redevelop the site with two, 28 storey mixed-use buildings.