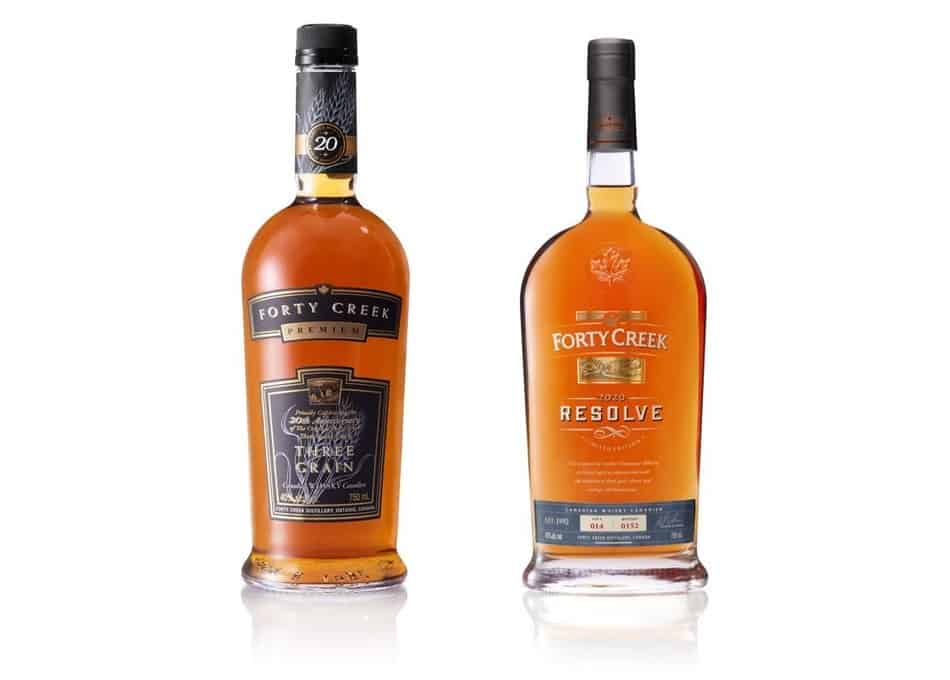 If you’re like many Canadians, you may have taken to enjoying a few more libations than normal, in order to get through the pandemic.

The two new versions are iterations of their Three Grain Whiskey and Forty Creek Resolve.

A celebration of their debut whiskey’s 20th anniversary, this final iteration will be available exclusively in the distillery’s home province of Ontario—only 9,200 bottles have been produced.

Resolve is the grand finale in the trilogy of specialty wood treatment whiskies from Master Blender Bill Ashburn, who was awarded the title of “Canada Master Whiskey Blender of the Year” from the NYISC–it will be available in New Brunswick, Ontario, Manitoba, Alberta, and B.C.

“Experimenting with wood ageing has expanded our capabilities and allowed us to share a unique whisky trilogy, each with its own extraordinary taste palate,” Ashburn said.

“Resolve remains faithful to Forty Creek’s history, a common thread throughout our whisky portfolio. Starting small in 1992 to being one of Canada’s top whisky brands today, our team’s unshakeable commitment to the whisky-making craft is our primary tenet. With the many challenges and changes we’ve seen in 2020, that’s more evident than ever before,” he continued.