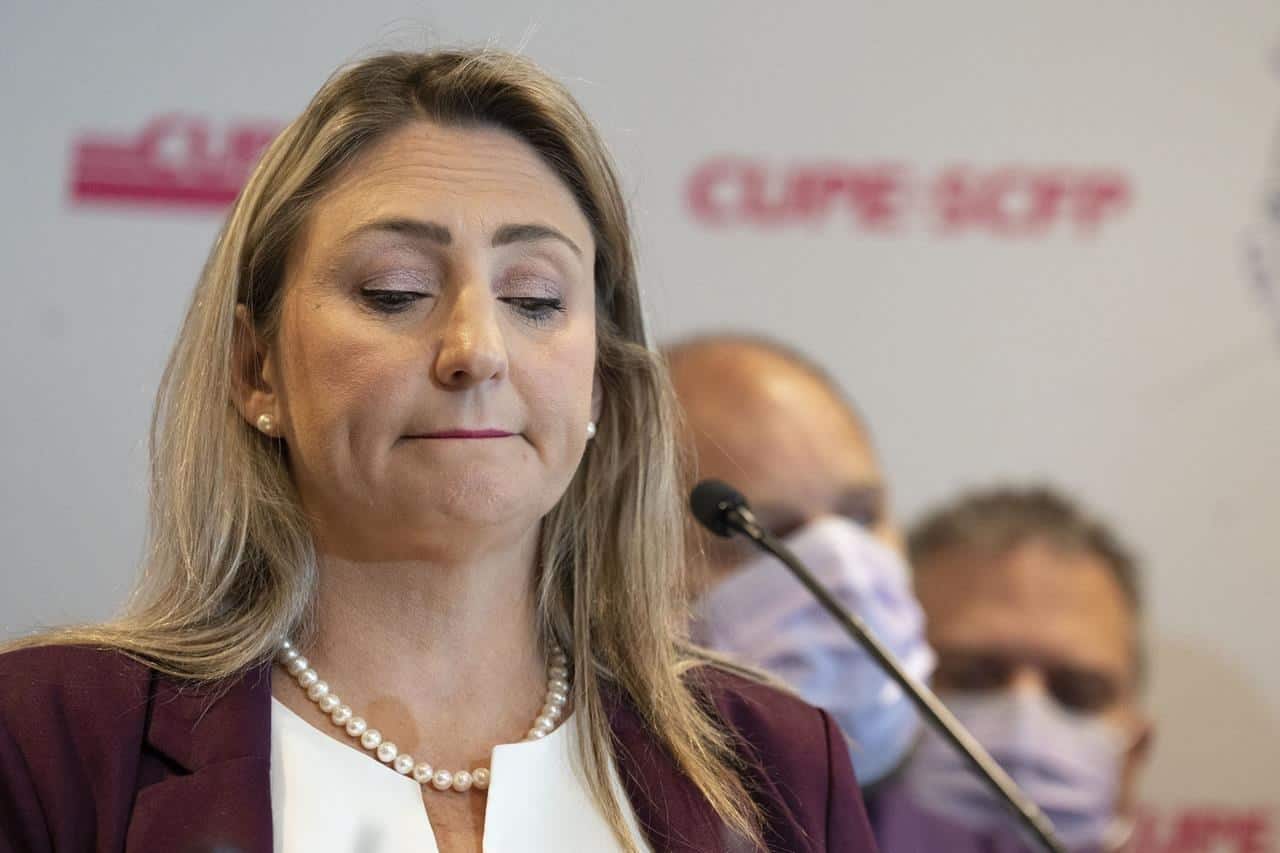 Ontario education workers represented by the Canadian Union of Public Employees have voted to ratify a contract with the government.

Laura Walton, president of CUPE’s Ontario School Board Council of Unions, said about 73 per cent of those who voted were in favour.

Walton — who had said she didn’t like the deal because it didn’t come with staffing level guarantees — said about 76 per cent of the union’s 55,000 education worker members voted during the ratification process.

“I thought it would be closer … 73 is a bit higher than I expected,” Walton said at a press conference on Monday.

Workers who were not in favour had said they were concerned about a lack of services in classrooms, such as numbers of educational assistants and early childhood educators, Walton said.

The ratification ends a whirlwind bargaining process that saw education workers walk off the job for two days after the government passed — then later repealed — legislation that imposed a contract on them, banned them from striking, and used the notwithstanding clause to allow the override of certain charter rights.

The two sides later returned to the table and brokered a tentative deal on Nov. 20 that the union says comes with a $1-per-hour raise each year, or about 3.59 per cent annually, for the average worker.

Education Minister Stephen Lecce called the 73 per cent a strong mandate from the workers.

“I am grateful to the members for endorsing this deal and ratifying this deal, as I’m so grateful that children are in school today,” he said.

“Since negotiations began, we have been guided by the belief that kids should be in class. We are so pleased we’ve been able to reach an agreement that has been overwhelmingly ratified by the members that keeps kids in classrooms and preserves the learning experience, like clubs and extracurriculars.”

The four major teachers’ unions are still in bargaining with the government. So far, they have not revealed what they are proposing in negotiations or what the government has offered.

CUPE posted its proposals and the government’s initial counter-offer on its website, talking openly about the back-and-forth about salary demands.

“People make a lot of hay about the taxpayer dollars, but yet, decisions are made for taxpayers behind closed doors, with no real accounting for how those decisions are made, or how they’re going to be impacted,” she said.

“The power of open negotiations — it’s very hard to spin when you know that that information is out there in the public.