It's been a little over a week since the provincially mandated increase in Ontario's minimum wage went into effect, bringing it from $11.60 to $14.00 per hour. Already we have seen some backlash from prominent businesses, and in addition, accusations of bullying in a terse response from the Ontario government.

Tim Hortons recently saw some of its franchisees announce they were eliminating paid coffee breaks, bonuses and other benefits in response to the wage increase. In response, the company which owns Tim Hortons, in an unprecedented move, declared some 'rogue groups' of their franchisees were not reflecting their brand's values. This is a textbook example of a public relations nightmare unfolding before our eyes.

A number of public protests, mostly led by labour unions, sprung up across various Tim Hortons locations in Toronto, Hamilton and Ottawa this past week. In response to Tims’ actions, Ontario's Labour Minister Kevin Flynn held a press conference on Monday, Jan. 8, to outline how his Ministry is enforcing the minimum wage increase under Bill 148, the Fair Workplaces, Better Jobs Act. 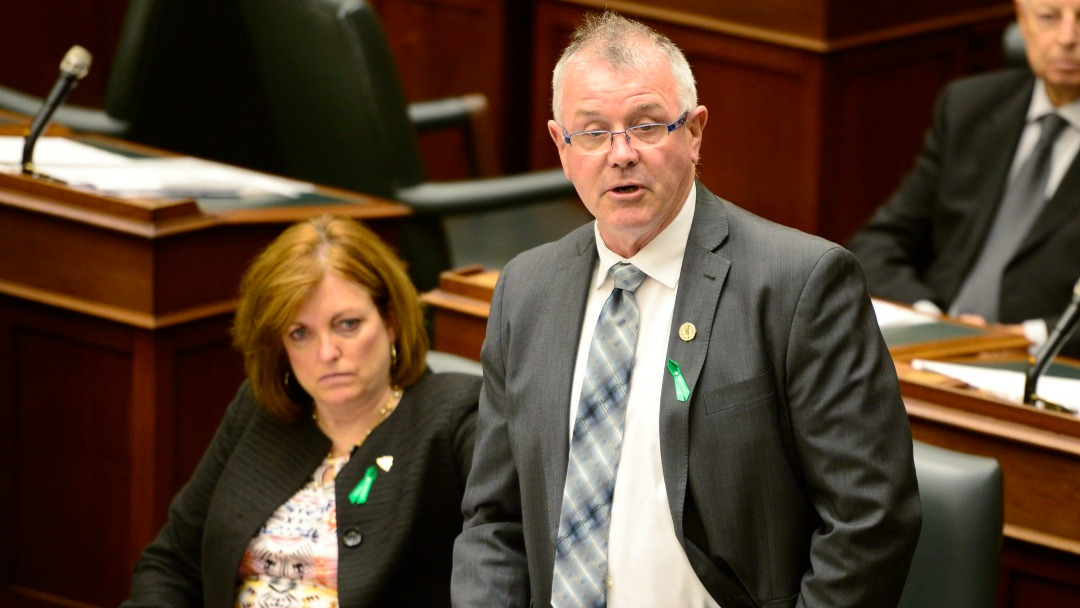 Flynn announced some of the initiative the government can take to prevent the violation of workers' rights, as outlined in a transcript of the Minister's speech emailed to insauga via his office:

"Unfortunately, some employers are abandoning the spirit of fairness in this legislation, and some may even be doing more than that. The stories we've heard all over the past week have been disappointing. Quite frankly, they've made the premier and myself quite angry, and this bullying behaviour will not be tolerated."

"Working people in Ontario deserve much better than that. Government is responsible for legislating workplaces to ensure fairness and decency continue to be their defining values. But businesses need to live up to their duties and responsibilities," Flynn said during the press conference.

The minimum wage increase will indeed be a contentious issue as Ontario faces a provincial election in June. What is noticeable is that no major party has said they would reverse this policy. The NDP were also in favour of the hike, and the Ontario PCs have said the hike should have been phased in more slowly in order for businesses to be prepared to adjust accordingly.

Let's be clear about one thing: Loblaws, Metro, and Tim Hortons are not the atypical small, humble "mom and pop operations." There are businesses, like Orchards Restaurant in Mississauga, that can be legitimately categorized as such. But big grocery chains? I don't think so.

They're big conglomerates that bring in billion of dollars every year. Metro made around $608.4 million last year and Tim Hortons raked in $3 billion (US dollars) in 2016. The changes has only been implemented for a week, and the real time ramifications have yet to fully unfold.

Various economists and financial experts have written on the subject of increasing the minimum wage with their projection models. Jack Mintz of the University of Calgary points out that hiking the minimum wage would give someone working in retail or food services an annual salary of $31,000. Comparing that with the medium income of a skilled tradesperson in an apprenticeship who would get $37,000, Mintz asks how it much sense it makes that someone with little education is getting $15 per hour plus some benefits. Why bother putting in the time and effort to get a better-skilled apprenticeship?

Here is another take from another University of Calgary professor, Trevor Tombe, who provides a number of statistics and data models to show the effects of minimum wage increase as a percentage of the median wage, exploring the ongoing research on whether minimum wages lead to lower employment, and indicating that a mix of other policies (besides a higher minimum wage) could have gotten people to earning $15 an hour as well, such as an Earned Income Tax Credit.

But whether it's Alberta, Ontario, or anywhere else in Canada, there is no question that we are seeing a tough economic transition. For large corporations, however, something like this is survivable and prices increases may not be necessary. The same "doom and gloom" scenario was laid out when the smoking ban was proposed.

A few short years ago, everyone was saying the smoking ban wasn’t just the nanny state “telling people how to live their lives,”—it was going to kill every bar and restaurant in the country. Toronto was going to be a ghost town and everyone was going to go to Buffalo to drink! And what ended up happening?

We adjusted accordingly and bar and resto owners lived to tell the tale. Eventually people trended towards more healthier living, and smoking changed with the advent of technology such as e-cigarettes. If any restaurants or bars closed during that time, it’s because the free market makes it a tough industry, not because of the government.

In the last couple of years, public debate and policy issues gravitated towards what's "best for business." Making sure businesses of all sizes thrive in this economy is undoubtedly important, but so is making sure the people working for those businesses are making enough money to support that economy.

Let's be real here; we legitimately need people to pour coffees and stock shelves. I'm not saying they have the equal level of skills that a tradesperson doing a major renovation has, but it's not like you're hiring monkeys to take coffee orders at Tim Hortons. People working in food and retail services need, at the very least, decent time management, customer service, and ability to anticipate unexpected situations.

If we as a society acknowledge that people cannot live on $11.60 an hour, then what is holding us back?

These people work hard to earn their $14.00 an hour. Isn’t it time to stand up for the workers too?