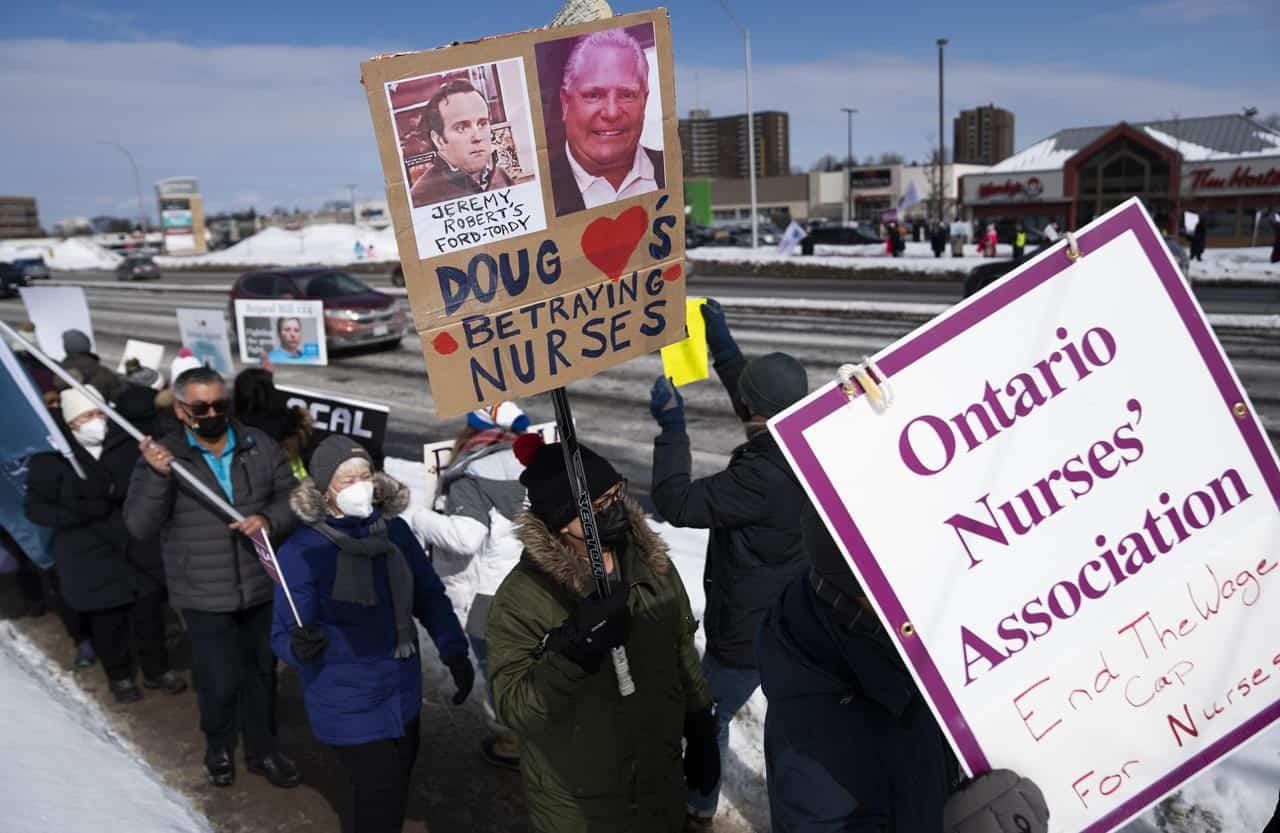 An Ontario court has struck down a bill that limited wages for public sector workers.

Groups representing several hundred thousand public sector employees challenged the constitutionality of Bill 124, a law passed in 2019 that limits wage increases at one per cent per year for Ontario Public Service employees as well as broader public sector workers.

The province argued the law did not infringe constitutional rights.

In the decision released Tuesday, Justice Markus Koehnen said the law infringes on the applicants’ rights to freedom of association and collective bargaining.

“The Charter protects not just the right to associate but also the right to a meaningful process in which unions can put on the table those issues that are of concern to workers and have them discussed in good faith,” Koehnen said.

“Legislation that takes issues off the table interferes with collective bargaining.”

The provisions of the bill were to be in effect for three years as new contracts were negotiated, and the Tories had said it was a time-limited approach to help eliminate the deficit.

The case sat for two weeks in September.

Court heard the law affects more than 700,000 workers in the province. It does not apply to municipalities, First Nations and Indigenous communities, and for-profit companies.

Health-care workers have long called for Bill 124 to be repealed. They’ve also said it has contributed to the health-care crises in Ontario, which has seen droves of nurses and personal support workers recently leave the profession.

The province had argued it was under severe financial strain when it implemented the new law.

But the judge disagreed.

“On my view of the evidence, Ontario was not facing a situation in 2019 that justified an infringement of Charter rights,” Koehnen said.

“In addition, unlike other cases that have upheld wage restraint legislation, Bill 124 sets the wage cap at a rate below that which employees were obtaining in free collective bargaining negotiations.”