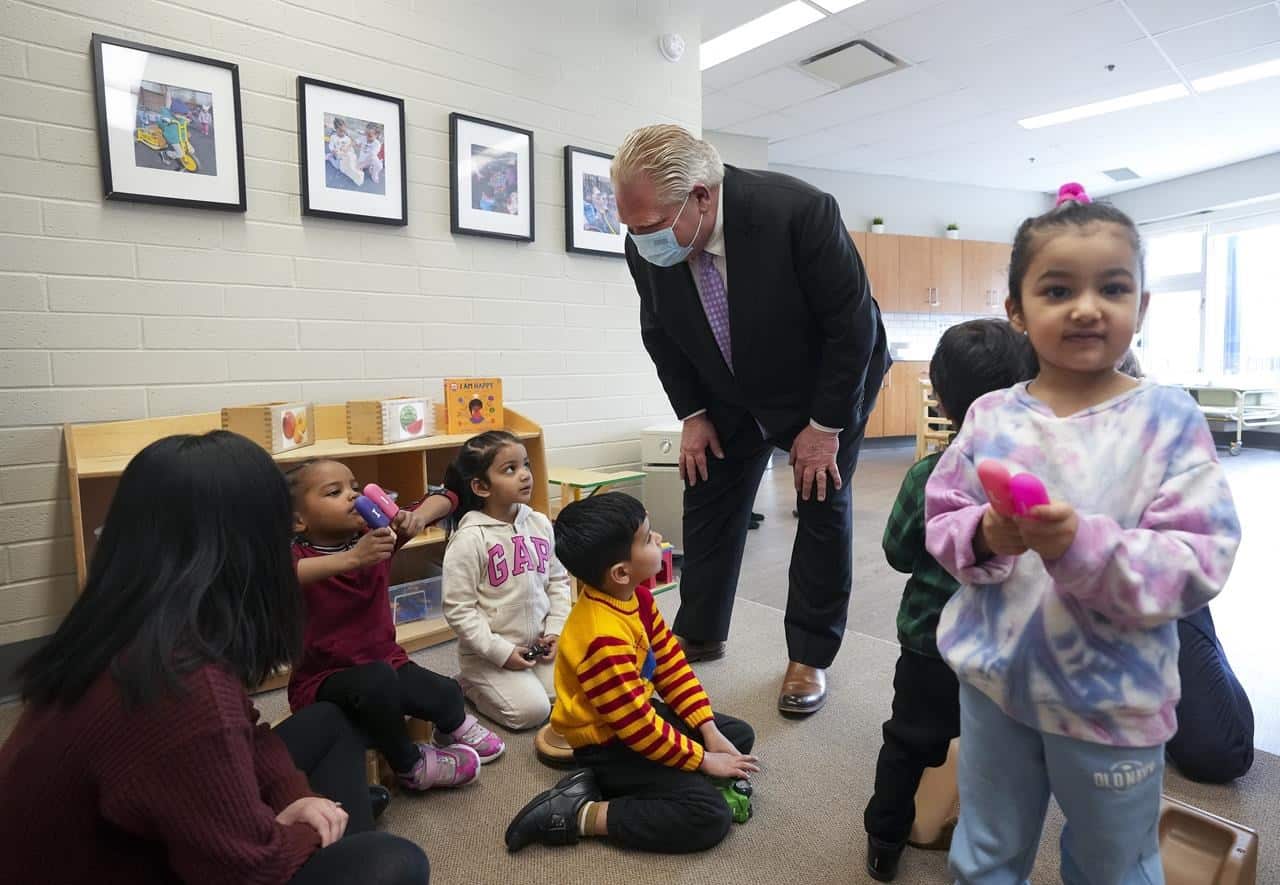 When Ontario signed a deal with the federal government to introduce $10-a-day child care, the province said parents would start seeing rebates in May – but with the program still in its early stages, the sector says that’s unlikely to happen.

Municipalities are tasked with handling child-care operators’ applications and allocating funding in their regions, but the money only recently flowed to them and they are still in the process of establishing their own guidelines.

Spokespeople for the Ontario government refused to answer on multiple occasions how many operators had enrolled so far. When asked if the number is zero, they did not directly respond.

“We are putting money back into the pockets of hard-working parents across the province with a reduction of 50 per cent in child care fees this year, down to an average of $10-a-day on average by September 2025,” said a written statement attributed to Stephen Lecce, who struck the deal as education minister in late March.

But in the city of Toronto, the number is indeed zero. A spokeswoman for the city said officials are still in the process of reviewing the province’s guidelines and drafting communications for operators.

“It’s probably really frustrating for parents, who were told, really – falsely – when Premier (Doug) Ford signed the agreement that these rebates are going to start flowing in May,” she said.

“But that was never a realistic timeline and they probably should have known that.”

Derek Tsang asked his daughter’s Toronto daycare earlier this month about the rebates, knowing the government had said they would start in May. But the gist of the response was what many parents have heard: we don’t have enough information yet and we still have several months until we have to decide.

“I’m worried with the delay that there’s going to be a change in government. Will the rules change? Will my daycare apply for it? Is my daycare eligible because they’re half-day only? There’s a lot of uncertainty now and I guess it was a promise made but a promise not fulfilled.”

Ontario was the last province to sign on to the federal plan to lower child-care fees for children aged five and under to an average of $10 a day by 2025. The government said at the time that initial rebates for reductions of up to 25 per cent would begin in May, retroactive to April 1.

Parents are set to see a further cost reduction in December, when fees will be reduced on average by 50 per cent, ahead of the $10 target.

The government recently said child-care operators have had the program details “for many weeks” and it is up to them now to apply.

But they have until September to apply and some operators may not feel able to make a decision until much closer to the deadline.

The provincial guidelines on how the program will work were released in April and contain 74 pages of rules. Some child-care operators say they are having difficulty parsing the bureaucratic language and need a lot more questions answered before they can apply.

The process will likely be the smoothest for municipally run daycares, and much less so for independent centres, which don’t have existing funding agreements with the municipalities.

Sharon Siriboe, the director of the Ontario Association of Independent Childcare Centres, said language in the provincial guidelines saying the municipal service managers will have “discretion” to determine eligible expenditures and financial viability is raising concerns.

The private businesses are wary about opening up their books to the government and are also unsure about whether signing onto the system to make fees cheaper for parents will mean they have to take a personal loss.

Many operators secured loans against their own houses to open their centres, said Siriboe, who also operates a daycare centre in Mississauga, Ont.

It is unclear, for example, if a centre that has fees of $1,000 and reduces them to $750 in keeping with the initial 25 per cent cut wouldrecoup that $250 dollar for dollar, Siriboe said.

“For me, it would be an absolute joy to be able to say we are reducing our fee to an average of $10,” she said.

“We’re now (about) a month into when they dropped the 74-page document on us and it’s been radio silence.”

The government says municipal service managers are now using those guidelines to develop local enrolment processes and timing for the funding to flow to operators to reduce fees will depend on each municipality’s process, but it is expected to happen between May and December.