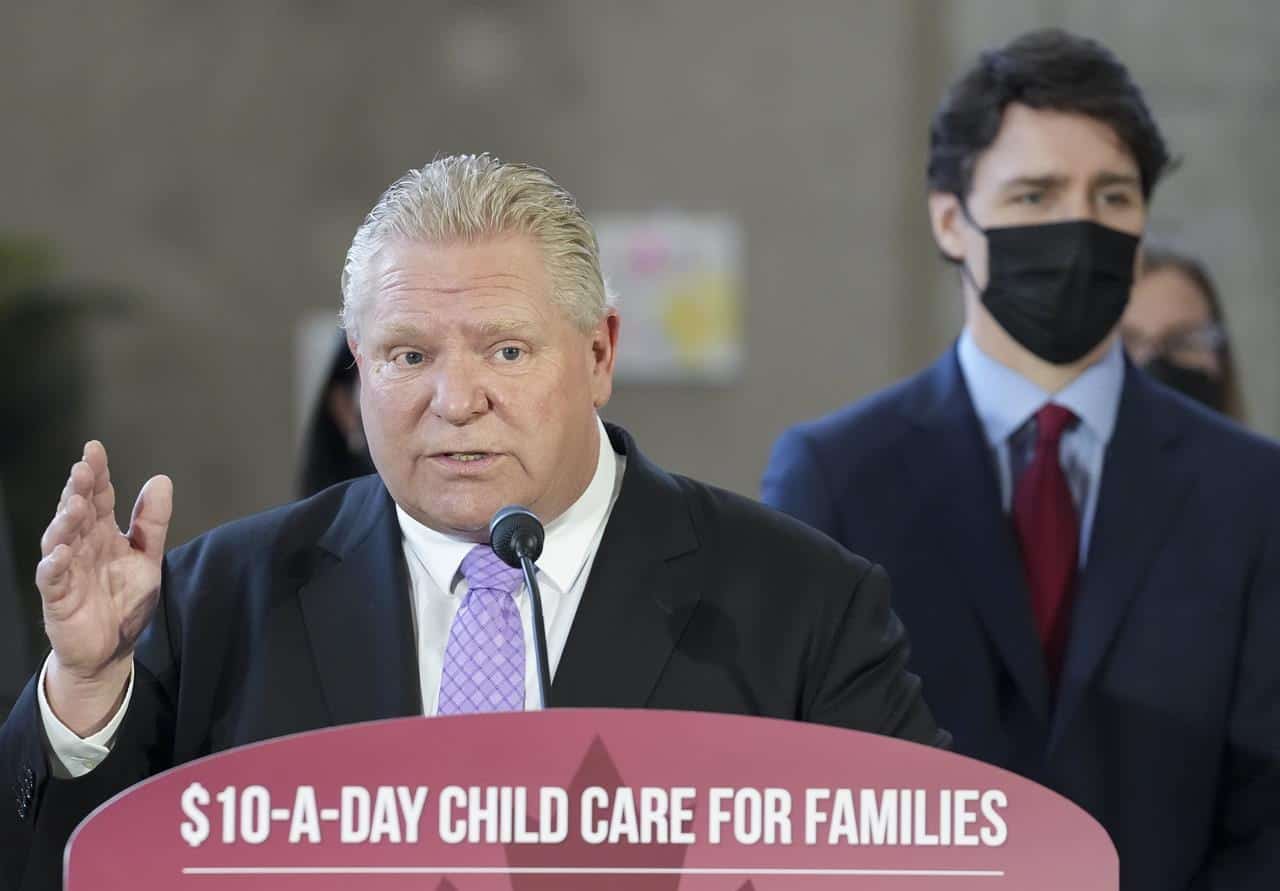 Parents in some parts of Ontario are already receiving rebates under the national $10-a-day child-care program while operators elsewhere can’t apply yet to be part of the system, leaving a municipal patchwork of daycare pricing across the province.

Child-care operators in many communities have recently been able to start opting in and out of the program – although some areas have yet to open the process – and applications are steadily trickling in.

If that pace seems rather slow, keep in mind that Ontario was the last province to sign on to the program, said Carolyn Ferns, of the Ontario Coalition for Better Child Care.

“There’s been kind of this message in Ontario that it’s taking a long time for this to roll out,” said Ferns, the group’s public policy and government relations co-ordinator.

“But really, that’s because we started so late …. In British Columbia and Nova Scotia, yeah, it took them six months to get this off the ground, but they started last July.”

Some Ontario municipalities are much farther along than others.

In Greater Sudbury, seven of the region’s 17 non-profit operators have signed on, as has its one for-profit operator, a spokesperson said. The municipality issued approvals for those eight child-care operators last week and rebates have started, Kelli Sheppard said.

Toronto, meanwhile, has 1,042 licensed child-care centres. As of Monday, 255 of the 729 non-profit operators in the city have applied, and 31 of the 313 for-profit centres have applied.

Some municipalities, from Ottawa to St. Thomas in southwestern Ontario, are not yet taking applications.

In Peel Region, west of Toronto, the majority of operators have expressed interest in joining the program, but some are complaining about the process, which asks them to submit an “expression of interest” before getting details.

Ontario’s rollout of the program has differed from other provinces’ in part because child care is funded through municipalities, rather than directly by the province, experts say.

“One of the challenges, I think, with Ontario’s role is that so much of this has been delegated to the municipality,” said Adrienne Davidson, an assistant professor of political science at McMaster University with expertise in child-care policy.

“Rather than have a co-ordinated, centralized system or a co-ordinated messaging about what a deal looks like for every provider across the province, it’s a bit of a patchwork.”

Andrea Hannen, the executive director of the Association of Day Care Operators of Ontario, said it seems in the early stages as though municipalities want to negotiate agreements centre by centre. Both for-profit and non-profit members have concerns, she said.

“Child-care licensees would have a lot more confidence in the process if they were presented with a standard per diem rate and a standard contract,” she said.

“It seems like if a centre signs on to the $10-a-day program, it’s actually municipal bureaucrats who will be deciding when the centre will be able to replace toys, how much rent they’ll be allowed to pay …. There’s an awful lot of micromanagement of budgets.”

Some for-profit operators and organizations representing them have been vocal about their concerns. That has sparked some backlash from advocates for a non-profit and public child-care system.

But Kim Yeaman, who runs a for-profit child-care centre in Innisfil, Ont., said her concerns are shared by many private operators, such as being able to pay the mortgage.

“People need to know that we are absolutely desperate to provide this for parents,” she said. “But we can’t do that and not pay our bills.”

She also doesn’t want to opt in for one year then have to opt out for the next. Despite her concerns, Yeaman said she is leaning toward applying, in part because it seems like her municipality of Simcoe County is trying hard to allay those fears.

When determining a centre’s “base fees” on which to calculate the rebates, the county will include anything that was part of the program when Ontario signed the child-care deal, the municipality told operators. That includes features such as music classes, yoga and second-language instruction, as long as parents don’t pay extra for them.

“The ($10-a-day) program is not intended to force programs to ‘look the same,'” the county wrote in its program guidelines. “The uniqueness of the licensees in Simcoe County is valued.”

Parents are set to get a 25 per cent initial rebate after their centre opts in, followed by another reduction at the end of the year to cut fees in half, on average. Fees will be lowered in subsequent years to get to an average of $10 a day by 2025.

In the first year, operators will be able to cover expenses deemed ineligible through the program, such as mortgage and property tax payments, with their remaining parent fees, the county noted. But it has raised operators’ concerns about those costs with the provincial government for future years.

Ontario recognizes the valuable role for-profit operators play and will work to remove any roadblocks that come to light, the government says.

“We have met with many for-profit operators and have fought for them every step of the way, and will continue to advocate for them to the federal and municipal governments, so that all parents can benefit from these savings,” she wrote in a statement.

Sharon Siriboe, the director of the Ontario Association of Independent Childcare Centres and who runs a child-care centre in Peel Region, said operators want more time beyond the Sept. 1 deadline to decide whether to be a part of the program.

“I’m hoping … there is some sort of way that they could actually extend this deadline and give providers the chance to really ask the right questions,” she said. “Then we can move forward as to let’s make an informed decision.”

This report by The Canadian Press was first published July 12, 2022.