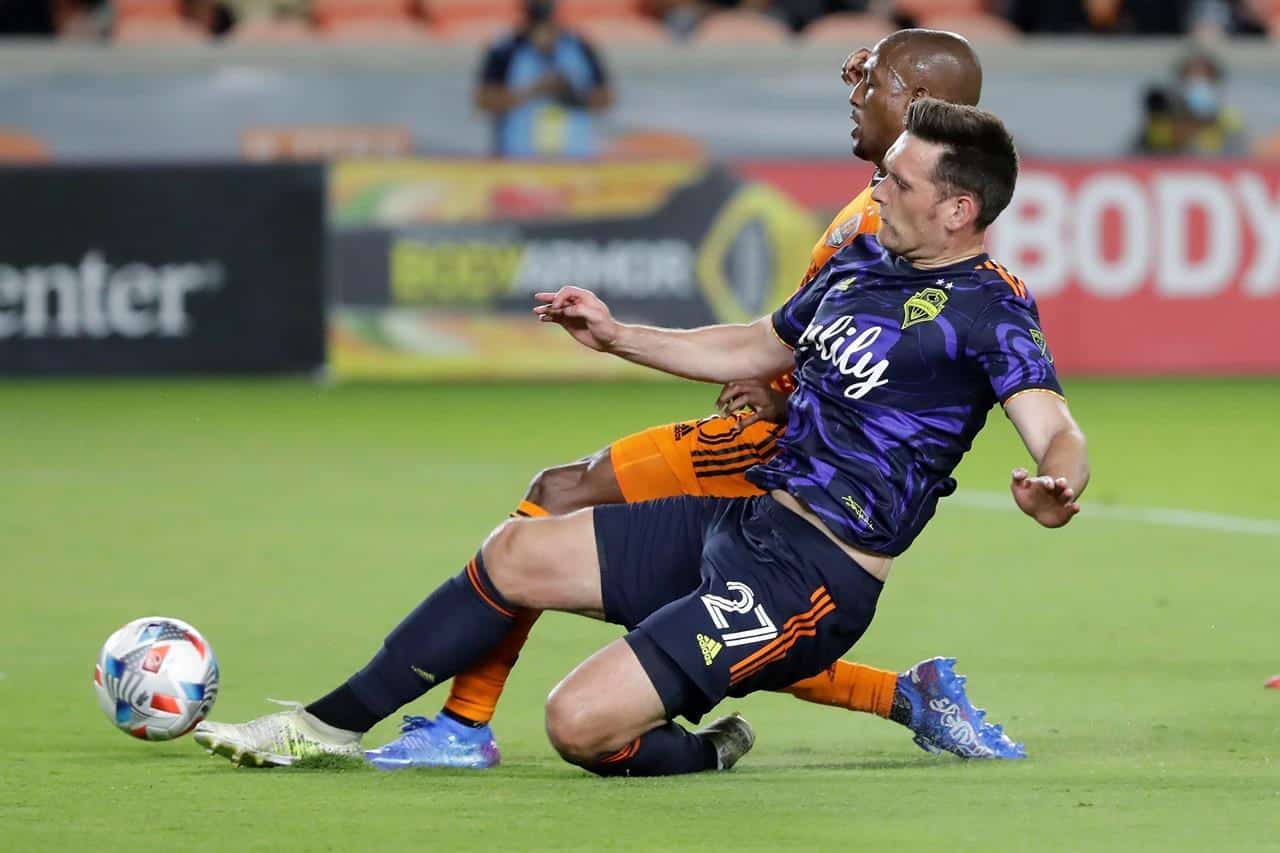 TORONTO — Just 28, Shane O’Neill has moved from Major League Soccer to Cyprus, Belgium, England, the Netherlands and back again.

Now part of a revamped Toronto FC defence, the Irish-born Colorado-raised centre back is looking to put down some roots.

O’Neill joined TFC in December as a free agent, signing through 2024 after spending the last two seasons with the Seattle Sounders and two before that with Orlando City. He started his pro career with the Colorado Rapids before heading to Europe in 2015.

In 127 regular-season and playoff games over eight MLS seasons, he has played just once at BMO Field — in a 1-0 win for the Colorado Rapids in 2014 when he partnered Drew Moor in front of goalkeeper Clint Irwin. All three went on to wear Toronto red.

“I just wanted to see what it was all about, see what his regime’s all about and learn and grow as a player,” O’Neill said.

Given he was leaving a known and positive situation in Seattle, the move north of the border was another “leap of faith” in a career that has been full of them.

O’Neill speaks fondly of his time in Seattle.

“I owe a lot to coach (Brian) Schmetzer and the staff up there.” he said. “It was fantastic for me personally. And just the teammates, a really good group of guys — really competitive. I really enjoyed that.”

But when his contract expired at the end of 2021, when he made 27 appearances including 19 starts, O’Neill saw an opportunity.

“I just had a feeling like this could be one of my last chances to really change it up and try and take steps in my career and see if I could learn,” he said.

In Toronto, O’Neill is part of a retooled backline as Bradley looks to shore up a defence that conceded a franchise-worst 66 goals last season.

Mexican international Carlos Salcedo and incumbent Chris Mavinga are expected to be the first-choice centre backs with support from O’Neill and former CPLer Lukas MacNaughton.

Bradley already likes what he sees in O’Neill.

“Shane is a good man,” he said. “Experienced, works hard every day. And now also open to little things that maybe we do a little bit differently than some previous teams he’s been on.

“I think one of the reasons he was so excited to come to TFC was just feeling that he wants to continue to grow as a player and that maybe we can push him in that direction. But for early days, he’s made a really good impression on everyone.”

The six-foot-two 190-pounder had a chance to play soccer at the University of Virginia but elected to go pro, signing as a homegrown player for the Rapids in 2012.

After suffering a fractured orbital bone in his first season with Colorado, O’Neill made his mark in 2013 when he played 26 games including 24 starts. He also went to the FIFA U20 World Cup in Turkey with the U.S.

O’Neill’s European adventure started when he was sold to Cypriot club Apollon Limassol in the summer of 2015.

He never played for the club, instead spending time on loan with Belgium’s Royal Excel Mouscron, England’s Cambridge United and the Netherlands’ NAC Breda. He then transferred to Excelsior Rotterdam for the 2017-2018 season.

O’Neill was one when his father Colm moved the family to the U.S. They eventually settled in Boulder, Colo., where his father ran an Irish pub. O’Neill Sr. now focuses on Hard Chaw, an Irish liqueur he developed that Shane calls “Baileys on steroids.”

It’s a sporting family. O’Neill’s father, uncle Maurice Fitzgerald and other relatives made their mark in Gaelic football. In the U.S., Shane’s older brother was a punter for the University of Colorado. Two other brothers played collegiate soccer and a sister played college basketball.

“Growing up, sports were a very big part of the household,” said O’Neill.

O’Neill also played baseball and basketball and says it wasn’t until his junior year at high school that he realized soccer right turn into a career.

The six-foot-two 190-pounder started as a striker, shifting to defensive midfielder in high school when the goals dried up.

“I credit that move to how I was able to become a pro. I even made my professional debut in the MLS in the midfield. And it wasn’t until the U20 World Cup where the U.S. team was short on defenders, where they moved me back to centre back. And it just kind of stuck.”

His last two years in high school, he also played for the Rapids academy.

He started playing under Oscar Pareja at Colorado, saying the Colombian coach was like a father figure.

“I loved him. I loved played for him. Super-intense, super-challenging, but he was definitely very very great for me. When he went to (FC) Dallas (in January 2014), that was a big disappointment to me.”

O’Neill could probably write a book on his time in Europe, acknowledging with a laugh that he “bounced around a bit.”

He said his first year in Europe, with stops in Belgium and England, wasn’t a good fit, adding he probably wasn’t mature enough to be abroad by himself.

He also wasn’t ready for the “viciously physical” game in England’s lower tiers.

“It was so cutthroat and I was a 21-year-old kid who was at the bare bones of his confidence because I had been getting called into some U.S. camps and then all of a sudden I’m on the bench of a League Two club in England and looking at my career being like ‘How did I end up here?’

“And I had to kind of swallow that and accept that.”

While life on the football field in Cambridge was tough, he enjoyed his time away from the pitch. He lived with six other players in a house owned by the team, with the bright lights of London just a 45-minute train ride away.

Things improved the second year in Europe when he moved to NAC Breda in the Netherlands, where he found a club that nurtured his young talent.

“It was exactly the place I needed to be at. There was a real demand of hard work from the young players and they just really brought me back as a player and brought up my confidence. It was till one of the best years of my career, without a shadow of a doubt.”

In hindsight, he wished he had stayed. Instead he moved to a bigger club in Excelsior Rotterdam where things did not go as well.

“I just picked up a few injuries, fell out with the coach. You name it,” he said.

After a year of limited opportunity, he was left questioning his career path. But he says he knew “deep down” from his time with the Rapids and NAC Breda that he could play at a good level.

“I knew there was something there. It was just about finding the right situation.”

He returned to MLS, signing with Orlando in June 2018. He says while Irish coach James O’Connor gave him plenty of opportunity, he could not take advantage.

Low on confidence, he went “all-in on the mental side of the game” during the off-season, saying it paid dividends when he landed in Seattle the next year.

“I think I was ready for the opportunity,” he said of joining the Sounders. “And honestly It’s like everything in life. It was the right fit.”

“It was a great experience and it’s kind of all led me here,” he added. “I still feel like I’ve got a lot of room to improve as a player.”