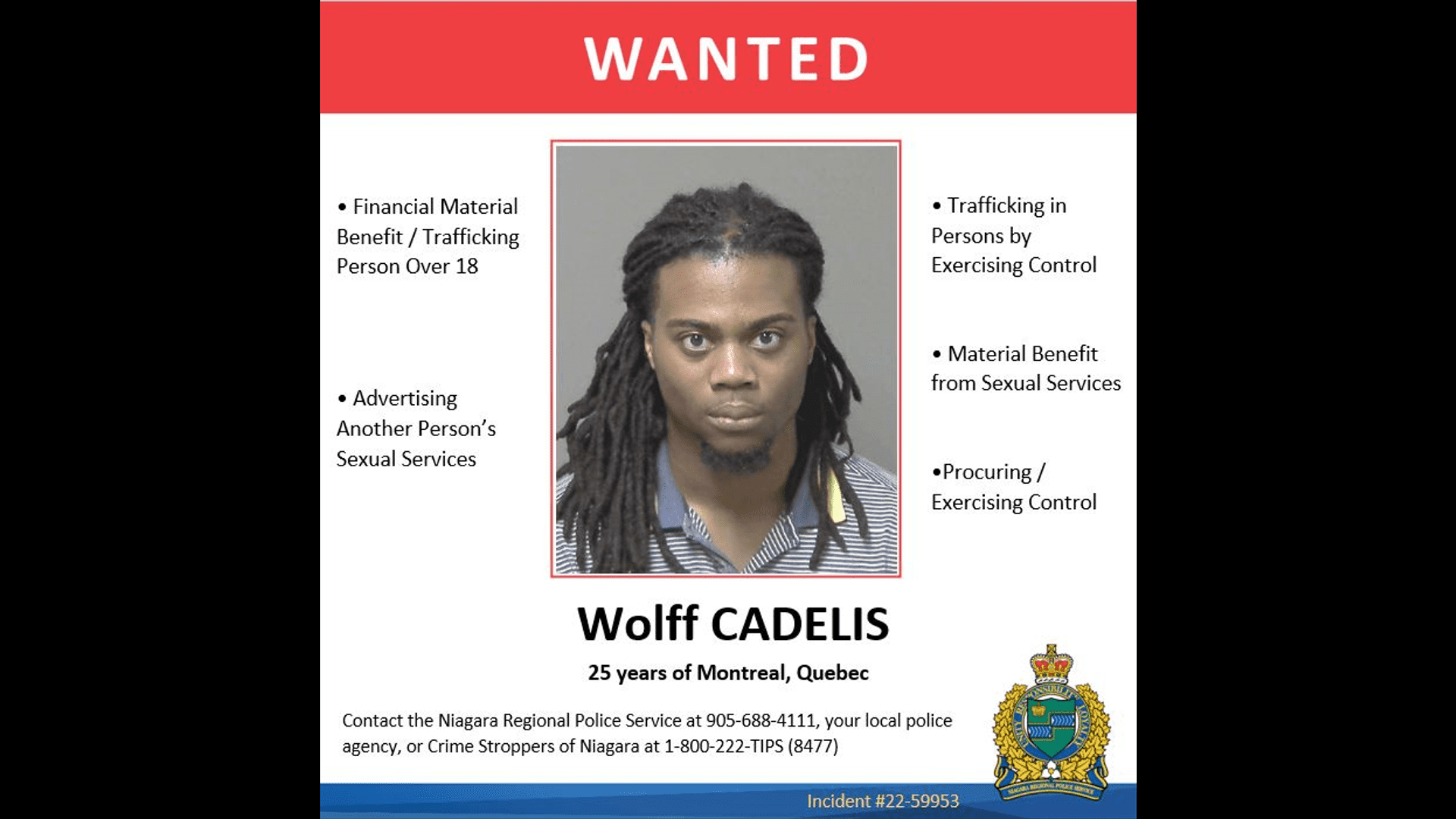 Police ask for the public’s help in locating a third suspect wanted in relation to a human trafficking investigation in Niagara.

Niagara Regional Police (NRP) began an investigation in June 2022 into the trafficking of a female victim in Niagara Falls.

Yesterday (Aug 6) detectives assigned to the Human Trafficking Unit (HTU) arrested an adult male and an adult female suspect who were wanted in connection with the investigation.

One suspect remains at large and is wanted for five Criminal Code offences. 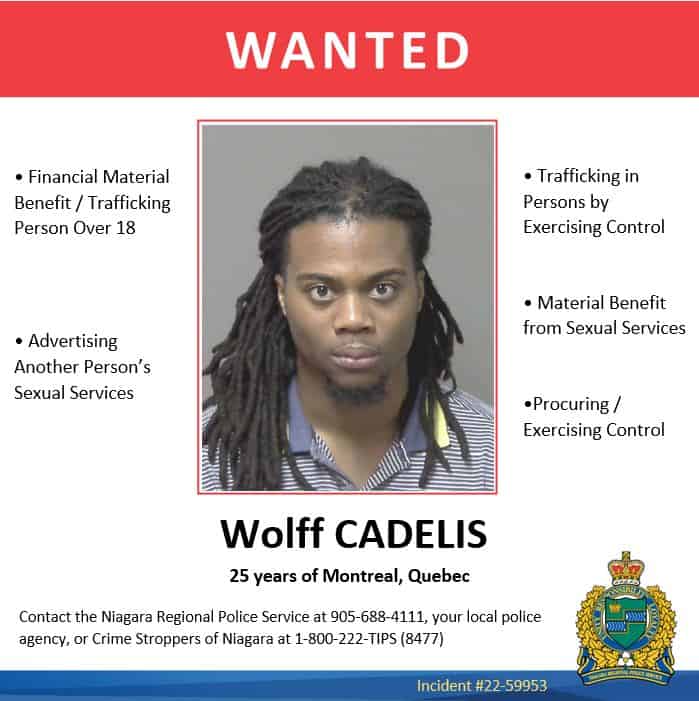 21-year-old Hakim Varela of Brossard, Quebec and 21-year-old Maha Tlemcani also of Brossard have both been arrested and charged with the same five Criminal Code offences as above.

Varela and Tlemcani remain in custody pending a bail hearing that will commence via video link at the John Sopinka Courthouse in Hamilton.