One person hospitalized after heavy fire breaks out in Hamilton 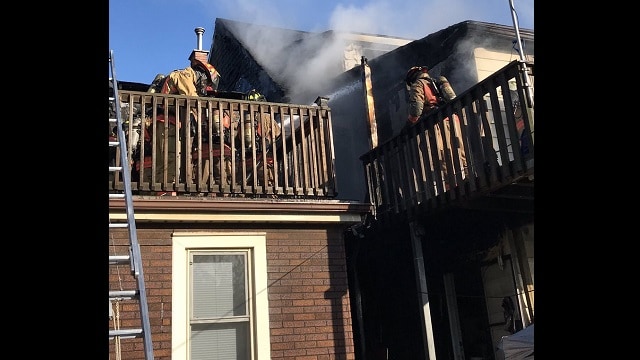 Crews are on scene fighting a heavy blaze in Hamilton this morning.

Crews are on scene fighting a heavy blaze in Hamilton this morning.

At 7:43 a.m., Hamilton Fire reported a multiple-alarm fire at 96 and 98 Rosslyn Avenue North, near the intersection of Main and Ottawa.

Heavy involvement was reported at 98 Rosslyn and one resident from the home has been taken to hospital for smoke inhalation.

The cause of the fire has not been disclosed at this time.

UPDATE: Heavy damage has been reported and a number of pets at 98 Rosslyn perished in the fire, police say.

The cause is believed to be careless disposal of smokers’ materials.

Red Cross is currently arranging accommodations for the occupants of both homes.