One person arrested after some protesters paint message onto Hamilton road 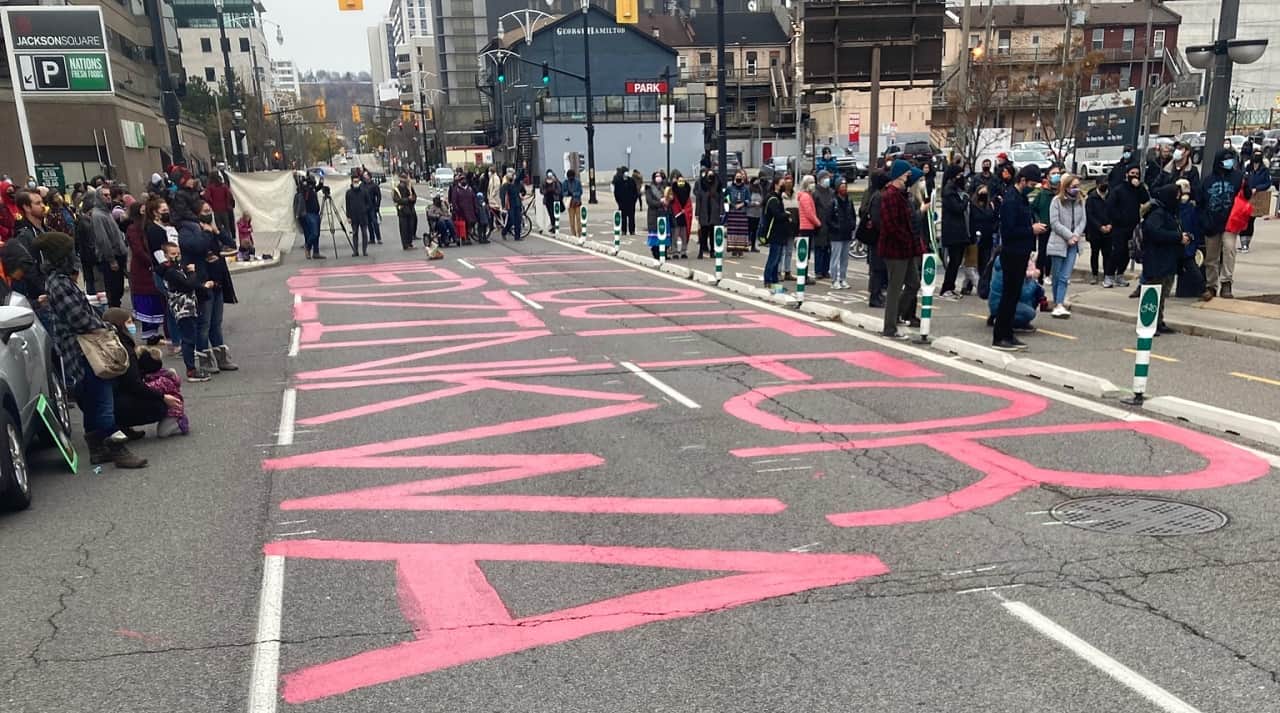 Police say they’ve arrested one person and are continuing to investigate an incident in Hamilton today (Nov. 21).

Shortly after 12:00 p.m., police say a group of approximately one hundred and seventy five people attended the area of the Federal Building located at 55 Bay Street North.

“The group closed the street and some participants proceeded to paint the words ‘All OUT FOR WEDZINKWA’ on the roadway using household paint and tools,” said police.

Police say the cost for the city to clean up the paint was under $5,000.

One person has been arrested and charged with Mischief Under $5000, and police have started a criminal investigation into the incident.

“We recognize the right to lawful, peaceful assembly and protest. However, we remind the public that defacing public property is a criminal act and subject to charges,” said police.

The protesters were gathering in relation to the 15 people who were arrested on Friday (Nov. 19) in northern B.C. for blocking an access road used by Coastal GasLink pipeline workers.

RCMP have been moving in recent days to enforce an injunction against protesters who have set up blockades along the roads leading to the pipeline project in Houston, B.C., which is opposed by the Wet’suwet’en hereditary chiefs and other groups.

In a statement late Friday, B.C. RCMP said 11 individuals, including the journalists, were arrested at “building-like structures” that had been erected along a road leading to a drilling site. Four other people were arrested at a different location after police were advised that a group of individuals were throwing rocks at industry vehicles, the release said.

Bay St was closed between King and York as a result.

Photo courtesy of HDLC Young Workers on Twitter, with files from The Canadian Press
insauga's Editorial Standards and Policies