One of the Best Chefs in Mississauga Opens a New Restaurant 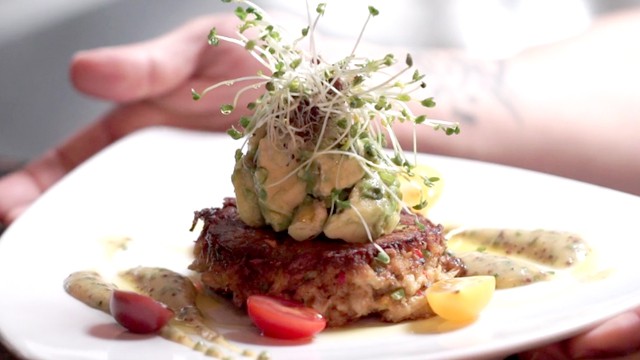 Dialo’s Bar & Restaurant is a new resto in Mississauga which recently took over 229 Bar in Port Credit. Chef Dialo Kinghorn, hence the name Dialo’s, has been a Mississauga based chef since his days at Rogues Restaurant. 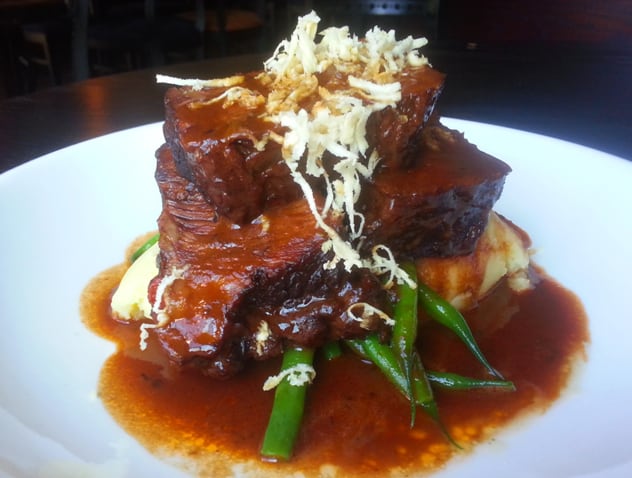 Chef Dialo’s style is rustic, seasonal, simple and fresh and you can expect to see some of his signature dishes including his melt-in-your-mouth short ribs (as seen above) as well as the crab cakes served in the web series that profiled chef Dialo in Blind Dinner Dates. It will also include a late night menu featuring snack-sized dishes and sharing platters.

The chef’s specials are available on a pay-what-you-want model with the caveat of a $20 minimum. You can blind order the chef’s special which he’s indicated will be a personally selected combination of ingredients that includes a main protein. He’s already started the PWYW model in his soft-opening phase and says that people are responding very well to it.

The resto space is extremely familiar to chef Dialo since his first co-owned restaurant called Port 229 Artisan Bistro started at this very location until moving into the adjacent unit in 2014. Almost two years later, chef Dialo is back in the same kitchen but this time on his own in a solo culinary mission.

Menu: The menu will be simple and include a rotating selection of 5 main entrees which can include anything from seafood to roasted rack of lamb and pan seared scallops to a charcuterie board. Chef Dialo’s popular brunch menu will also be available on the weekends including his signature pancakes which will be part of his big breakfast dish.

What’s Up and Coming? Patio will be ready in 2017. Website will be coming soon. Dinner themed nights will be launched monthly (i.e. fondue, wine, whiskey, wild game). Monday’s are industry nights with a DJ. Live music Wednesdays and DJ’s on Fridays and Saturdays.