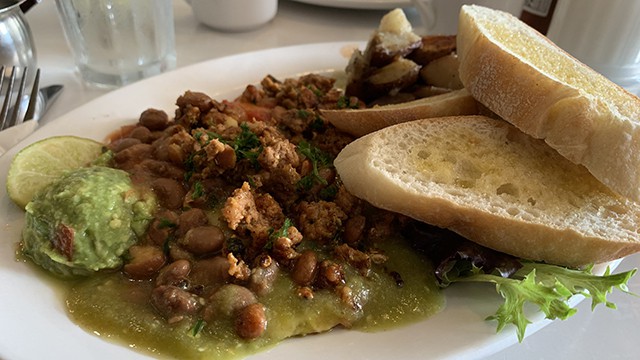 Christmas has come early for Mississauga foodies and admirers of delicious Mexican cuisine.

This past July, fans of Huevos Gourmet–an absolutely incredible Mexican breakfast and brunch restaurant–were stunned to hear that the restaurant was leaving its cozy Mimico location to relocate to parts unknown.

Now, those parts are known–and they are in our neck of the woods.

Judging by the signage in the photo above, Huevos Gourmet has chosen to relocate to Port Credit. The restaurant, which should be opening soon, is taking shape in the old Dunk n’ Dip location on Lakeshore Road East in the city’s east end–not terribly far from where it was located before.

The restaurant, which pairs the “warmth of a Mexican family and the allure of the Parisian passion,” offers the best huevos rancheros in the GTA (and possibly in Canada).

Along with huevos rancheros (which is made all the more special with a heaping helping of chorizo on top), the restaurant also serves a ton of Eggs Benedict dishes (including a Mexican Benedict and a taco benedict), Mexican omelettes, breakfast burritos, crepes, French toast and more.

The restaurant also serves lunch dishes (such as a chicken chipotle sandwich, nachos, ceviche and daily tacos) and dessert (including, of course, churros). It also offers a ton of smoothies and cocktails.

A grand opening date has not yet been announced, but we really hope it’s soon.