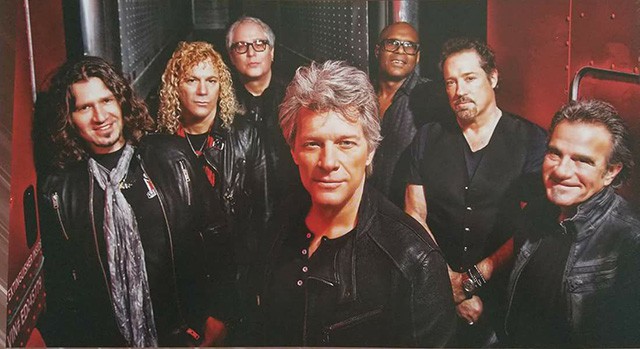 Did you know that a man with some very strong Mississauga roots is about to watch the world famous band he’s been touring with be inducted into the Rock & Roll Hall of Fame?

The 2018 inductees were recently announced and they include Bon Jovi, The Cars, Dire Straits, The Moody Blues, Nina Simone and Sister Rosetta Tharpe (who will be receiving an award for early influence).

While pretty much everyone has heard of Bon Jovi (we think), not everyone knows that guitarist Phil X (short for Xenidis) is actually a Mississauga boy. Once a Clarkson Secondary School student, the 51-year-old rocker also collaborated with several musicians to form a band called The Bushdoctors in Mississauga in 1994.

According to the Phil X fanclub page, The Bushdoctors recorded one album–a self-titled debut that is currently out of print. The album was apparently recorded and mixed at Metal Works Recording Studios in Mississauga.

If you’re wondering if Xenidis is a new addition to Bon Jovi, you are correct.

The fan club page says that Xenidis got a call to fill in for well-known lead guitarist Richie Sambora while Sambora “took care of some personal issues.” He played 13 US shows of the 2011 Circle tour and stayed on after Sambora officially left Bon Jovi in 2013.

Although his name is not mentioned on Rock & Roll Hall of Fame website (Sambora is still listed a member, even though he hasn’t been active with the band since his 2013 departure), it’s exciting to know that a local musician has got to spend time in a pretty legendary band.