One of Mississauga’s Most Promising Musicians Reportedly Facing Serious Illness 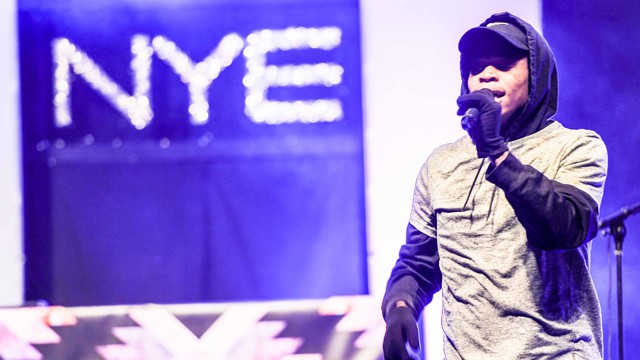 One of Mississauga’s most promising young artists is seeking help connecting with medical assistance after reportedly experiencing serious and mysterious health issues that have gone unresolved for over a month.

Popular hip-hop artist John River (real name Matthew John Derrick-Huie), 23, took to social media to explain, in a long series of tweets, the myriad medical issues that have plagued him since early December 2017.

The Much Music Video Award nominee, best known for his critically acclaimed 2015 sophomore mixtape The Storm, says he is currently suffering from vision loss and chest pain after falling ill late last year.

“Good Evening. My name is Matthew Derrick-Huie, I’m 23 years old my birthday is September 29th 1994 and I live in Mississauga, ON Can,” River tweeted on Jan. 18. “I’m speaking my Mom will be typing these messages. I’m sick and I need immediate help. The following thread is my story.

Good Evening. My name is Matthew Derrick-Huie, I'm 23 years old my birthday is September 29th 1994 and I live in Mississauga, ON Can. I'm speaking my Mom will be typing these messages. I'm sick and I need immediate help. The following thread is my story.

River says he was admitted to a Mississauga hospital on Dec. 9 after passing out from chest pains. He said that he had been experiencing pain for about a year, but noticed it worsening in November.

River says he told doctors that he believed he had a broken rib or fracture in his chest, but after a series of tests, doctors reportedly gave him the all clear and suggested he was suffering from stress.

River returned to the hospital shortly after being discharged and was subsequently diagnosed with pericarditis (inflammation of the fibrous sac surrounding the heart), prescribed medication and referred to a specialist.

After a few days, he reportedly began experiencing tingling in his fingers and toes. His parents took him to a different hospital in Mississauga. After more tests, a cardiologist reportedly said River didn’t have pericarditis and insisted the symptoms were caused by stress.

‏Shortly after that, River was back in the hospital because he was starting to lose feeling in his legs.

He said healthcare professionals continued to insist his symptoms were caused by anxiety and stress.

River says he returned to hospital on Dec. 20 with chest pains and was told by a specialist that he was either suffering from anxiety or  Guillain-Barré syndrome (an illness that can cause temporary paralysis).

River says he was scheduled for a lumbar puncture (also known as a spinal tap) and reportedly passed out and began experiencing vision issues in the days preceding the appointment.

“[It was the] most painful experience of my life, I feel like I can still feel where he put the needle in but they called that day and said my results came back fine. I was happy as fuck, but they said if you still have a headache after 48 hrs come back in because you might have a CSF leak,” River tweeted.

“At this point I figure the worst days are behind me. Whatever this shit is will pass, if the doctors say I’m fine I should be fine. I start looking for flights back to L.A. in January. My chest is still killing me but doctors are doctors and I trust them.”

A few days later, River says he woke up at 3:00 a.m. that morning with confusion, shortness of breath and vision loss.

An ambulance was called, and River says he was transferred to a psychiatric facility.

A crisis worker sits down with me and asks if I'm hearing voices in my head of people trying to kill me. I tell her no – my chest just hurts. She asks if I ever thought it could be imaginary or just in my head? A doctor comes in and tells my parents it's an anxiety disorder.

“A crisis worker sits down with me and asks if I’m hearing voices in my head of people trying to kill me. I tell her no – my chest just hurts. She asks if I ever thought it could be imaginary or just in my head? A doctor comes in and tells my parents it’s an anxiety disorder,” he tweeted. “At this point, I don’t even know what the fuck is going on. I know there’s something wrong with my chest, I know there’s something wrong with my eyes, but I’m starting to get the feeling that maybe they think I’m making this up or want attention?”

River says he returned to the hospital on Christmas Eve after suffering from a severe headache that he says caused extreme and excruciating light sensitivity.

The moment we leave my apartment I start screaming – the lights on the wall are huge – they look like suns. I have no idea what's going on. By the time we get to the hospital, the pressure in my head feels like it's going to explode, and I pass out.

“I wake up, I’m looking at a doctor who tells me I was rolling on the ground in the lobby screaming ‘turn off the lights’, holding my head. They do a CT scan, my brain looks fine, he thinks maybe it’s a migraine. He says ‘get some rest’ and sends me home Christmas morning.”

River says that, two days later, he was completely blind.

“Emergency room doesn’t know what’s wrong with my eyes and hope the vision loss is temporary. I spend the next 6 days sitting in my closet for 22hrs/day with a towel over my eyes because light hurts so much.”

River says the vision loss persisted and that his family doctor eventually diagnosed him with a rib injury and prescribed him medication for an ear infection. After the symptoms persisted, River says he returned to his family doctor and was told he might be suffering from depression and anxiety–a claim River disputes.

“I spend New Year’s Eve in a dark room with my parents, no lights on, sunglasses, vomiting in my toilet, with earplugs on, asking them to whisper because everything sounds loud as fuck. I spend the next week in and out of hospitals.

After several days, River says he did begin to experience “depressive and suicidal thoughts.”

“2 weeks ago, as I started to feel this fog take over my brain, I realize that there are these super depressive & suicidal thoughts that came with it. Everybody said my ears are fine but I can feel them draining and there’s a salty taste in the back of my mouth. I can’t see or hear.”

River says he suspects he has a CSF leak as a result of the lumbar puncture.

“Two doctors think there’s fluid leaking from my brain but they can’t get approval for anybody to fix me,” River wrote. “I’ve fallen through the cracks of our health care system. My family and friends have done everything they can, but they can’t do any more.”

River is asking for medical assistance and facilitation and is asking supporters to refrain from sending money or launching GoFundMe pages.

Early morning. Dad is here typing now. Just wanted to say while help is appreciated, we just can't accept any money. Medical assistance and facilitation is ideal, but no gofundsme please. I just personally don't feel comfortable accepting money in any capacity. Thanks.

“I just personally don’t feel comfortable accepting money in any capacity, he wrote.