One of Mississauga’s most highly-anticipated new developments is getting $500,000 in artwork 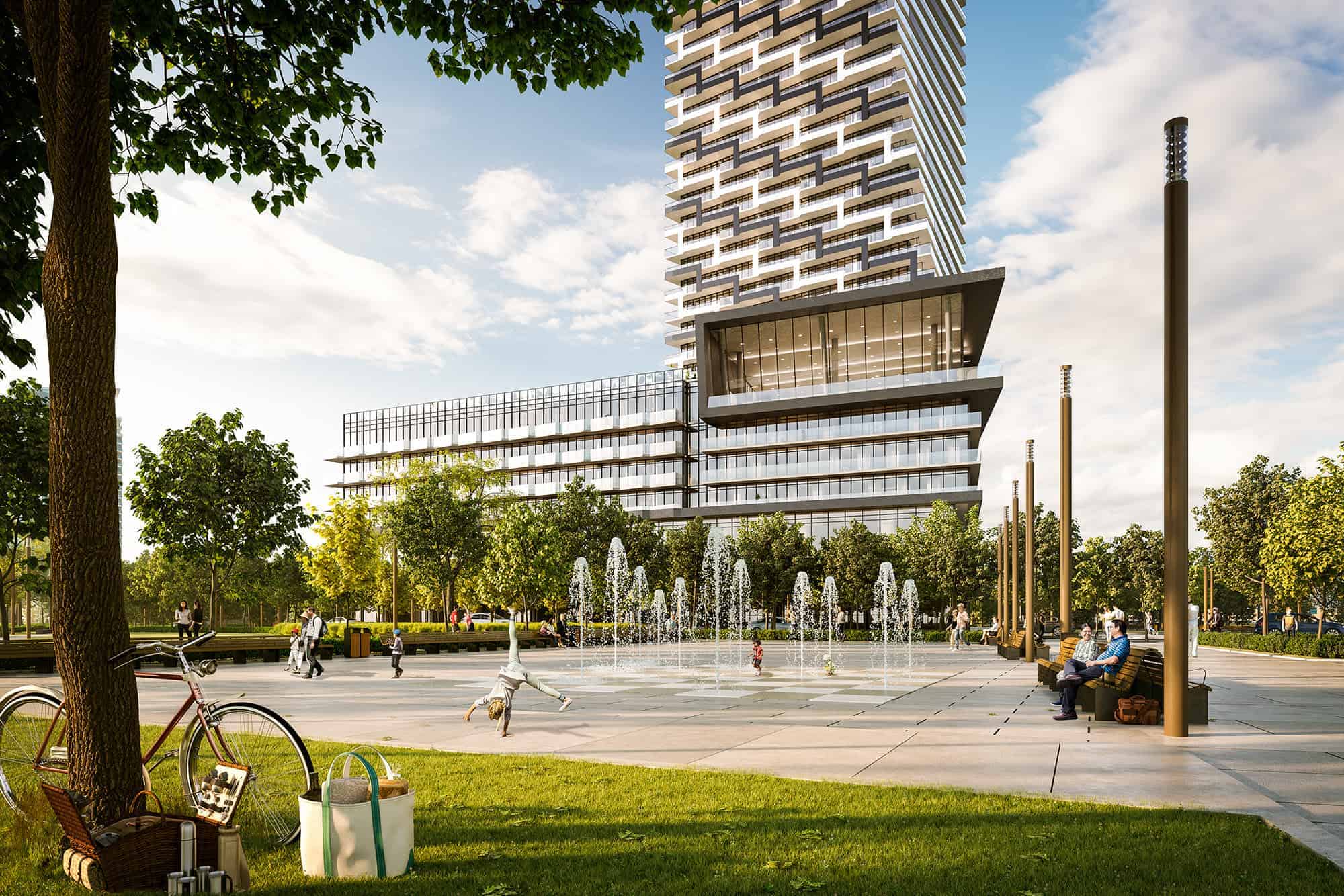 A half-million dollar commitment to public art in Mississauga has just been announced by a pair of local development groups.

“Our stated goal at M City has always been to develop a world-class community,” said Rogers vice president John Anderton. “We continue to work towards a community anchored by iconic design, public spaces and parkland.”

The $500,000 is a new contribution to the public art at the development. Previous initiatives at the site include the commissioning of new windscreen installations that will run the full length of the site along Burnhamthorpe. The final design for the windscreens will be revealed later this year, at the conclusion of an invitational design competition being led by the City.

“This contribution will stretch beyond the geographical limits of this new development; it will serve to inspire local artists and residents across the city and help us grow Mississauga’s thriving arts and culture community.”

M City has begun construction on three of the proposed eight towers, while the fourth, M4, launched for sales this spring. As part of this phase of construction, work will commence on the two acres of parkland slated for the community, as well as the extension of Mary Fix Creek walking trail via a new linear park.