One of Mississauga’s Largest Parks Could Undergo a Huge Makeover 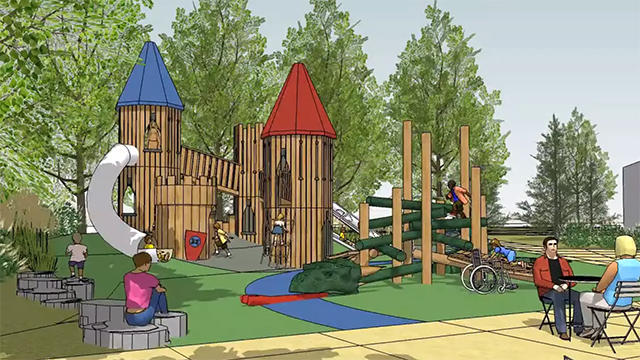 While Mississauga’s Paul Coffey Park–formerly known as Wildwood Park–has been getting a lot of positive press these past few months, you might not realize that you have a say in the future of one of the city’s biggest parks.

The park, which was recently renamed to honor Malton native and former NHL star Paul Coffey, has been in the spotlight ever since Ward 5 Councillor Carolyn Parrish announced that she was working on bringing a gorgeous High Park-style castle to the soon-to-be rejuvenated space.

Now, the city is inviting residents to weigh in on its Master Plan for the park.

According to the city, it’s “gathering ideas, thoughts and suggestions from the community to shape a common vision for the park.” Ideally, the reinvigorated park will become a more iconic and placemaking fixture of Malton, the city’s north-end neighbourhood that’s home to Pearson Airport.

The city says developing the Master Plan will enable it to provide additional recreational opportunities, restore some existing park features, improve safety and enhance the landscape.

The rejuvenation of the park makes sense, as it’s well-used by residents, sports groups, cultural and ethnic groups and spans approximately 45.5 ha. Acquired by the Mississauga in 1965, the park has dealt with it share of misfortunes, including substantial loss of its tree canopy due to insect infestation.

But storied history and infestations aside, the park has remained a popular fixture of the community and that very community now has the opportunity to drive change.