One of Mississauga’s Best Sandwich Shops Closes Down 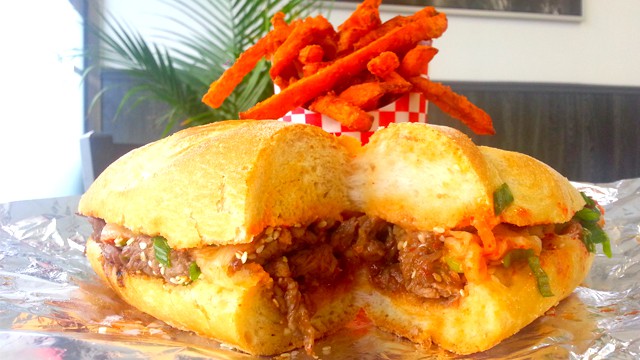 One of Mississauga’s best and most inventive sandwich shops has, unfortunately, shuttered its doors.

Jay’s Sandwiches of the World, which was located in a plaza on Bloor St. off of Cawthra Road, was known for its creative menu items–especially its Korean beef sandwich with steak, Korean BBQ sauce, kimchi, toasted sesame seeds, scallions and lime chili aioli.

The restaurant, which opened in the summer of 2015, made it onto multiple top 5 lists, including Top 5 Sandwiches, Top 5 Philly Cheesesteak Sandwiches and Top 5 Hot Sauces.

The resto, operated by self-taught chef Jay Aguiar, focused on his interpretation of world flavours (hence the name Jay’s Sandwiches of The World) from Korea to India to Italy and Cuba. The ingredients included everything, including kimchi, fig spread, jerk sauce, fried plantain, coco bun, tomato sauce and peameal bacon. All of Aguiar’s sandwiches were made fresh-to-order on fresh bread (never on day-old bread).

The restaurant will be missed. 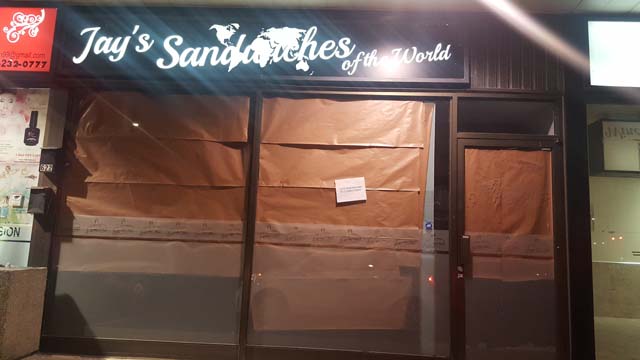