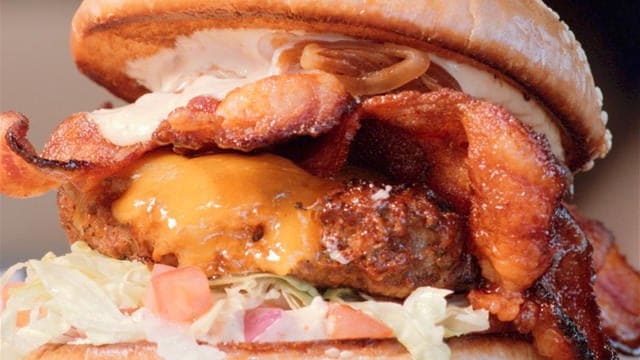 It’s time for some seriously good eats to hit the road!

Winner of the Food Network’s season two of Recipe to Riches for his famous butter chicken lasagna, Bramptonian and chef Rick Matharu is taking Rick’s Good Eats onto the streets and into the parks of Mississauga.

The exceedingly creative gem sits on the Mississauga and Brampton border at 6660 Kennedy Rd (it’s actually in Mississauga) and offers an incredible array of Canadian and Punjabi fusion dishes.

Which dishes are going to be on the food truck menu, you ask?

Well, you can likely expect most of the Rick’s Good Eats favourites, such as the always popular butter chicken or shahi paneer loaded fries, original sandwiches like the Punjabi cheeseburger and grilled shahi paneer naan-wich, and gourmet samosas with stuffing varieties including butter chicken, jerk chicken, mac’n’cheese, and dosa.

You can also bet that there will be dessert on the menu. Matharu says that the scrumptious ras malai cheesecake and unique apple pie samosas will indeed hit the roads.

“I also want to be able to use the food truck as a way to experiment and test out new creations like Tacos (which we do in the restaurant all summer long), Parontha’s (stuffed pan fried flatbreads), and anything else we feel like creating!” Matharu told insauga.com.

As for a timeline on when the food truck will launch, Matharu says that the project is still in its early stages.

“The whole idea with the food truck is to be able to take Ricks Good Eats to festivals, events, and make catering a hell of a lot easier,” said Matharu.