One man dead after seven-vehicle collision in Clarington 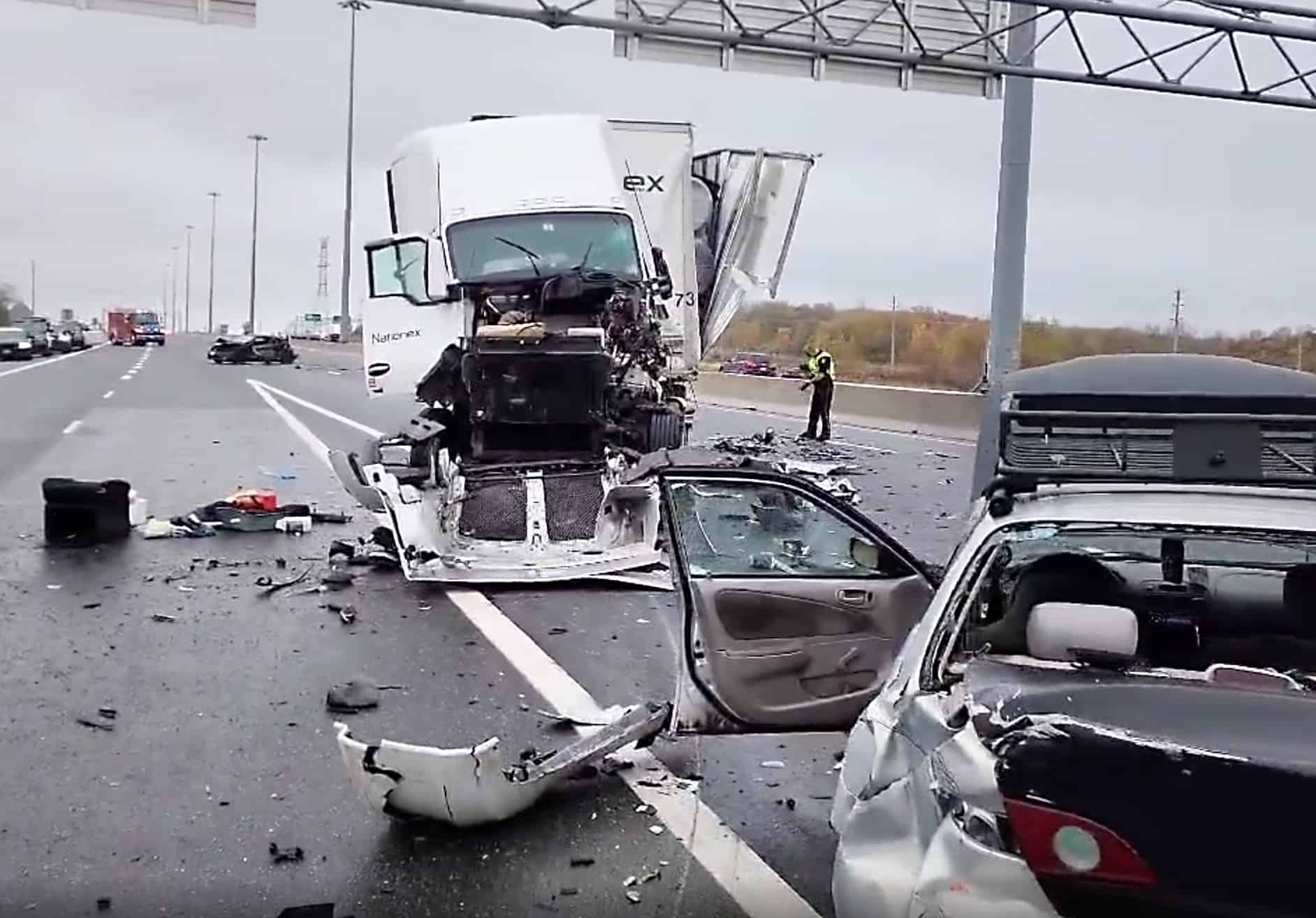 One man is dead after a seven-vehicle collision of Hwy 401 in Clarington this morning.

A spokesperson for the OPP said a transport truck carrying a load of tires was approaching a line of vehicles near Holt Road that had slowed because of construction when it smashed into the back of one car, which then spun out and bounced off several other vehicles.

The driver of the truck, a 64 year-old Pickering man, was declared dead at the scene. Several others were transported to hospital with non life-threatening injuries.

Debris from the multiple collisions was scattered all over the roadway and the westbound lanes were closed between Holt Road and Hwy 418 for the investigation and clean-up.

The accident happened just before 6:30 a.m. and re-opening is expected by two p.m. or shortly after.

The Toronto and Whitby OPP offices are investigating.