One man dead after colliding into dump truck in Uxbridge Township 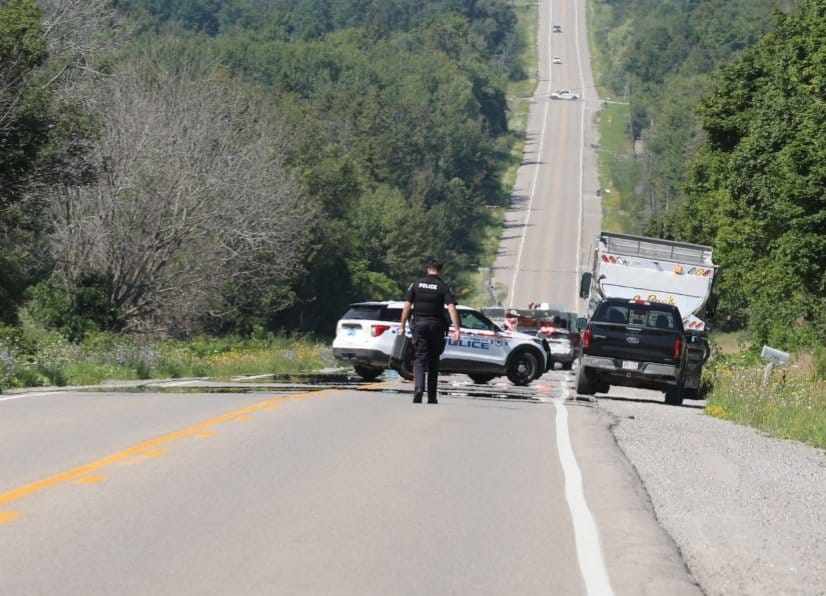 A 31 year-old York Region man is dead after a collision with a dump truck in Uxbridge Township this morning.

Durham Police say the victim was driving a silver Subaru on Sanford Road, west of Concession 3, at 10:19 a.m. when he collided with a westbound dump truck.. The man was pronounced dead at the scene.

The driver of the dump truck, a 46 year-old man also from York Region, was uninjured.

The road was closed for several hours to collect evidence and to conduct an investigation and Durham Police would like to hear from any witnesses who have not already given a statement.