One driver dead, another critically injured in three-car crash north of Caledon 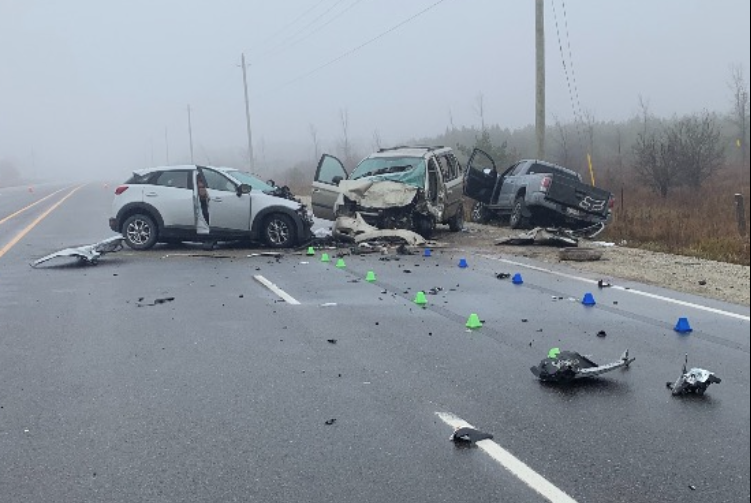 One man is dead and a second person was rushed to hospital in life-threatening condition following a crash north of Caledon on Halloween.

Shortly after 12:00 p.m. on Monday (Oct. 31), the Dufferin OPP say officers and paramedics were called to a stretch of Hwy 10 between 10th and 15th Sideroad in the Town of Mono, approximately 26 kilometres north of Caledon.

Police say there was a serious three-car collision involving a sedan, a minivan and a pick-up truck.

A passenger in the minivan also sustained minor injuries, while the driver of the pick-up was uninjured.

Police closed Hwy 10 between 10th and 15th Sideroad for several hours while officers investigated the crash along with the OPPTraffic Collision Investigation team.

Investigators are asking anyone with information on the crash or may have witnessed the collision to contact police by calling 1-888-310-1122.

The OPP also has resources available for anyone who witnessed the crash by calling the Caledon/Dufferin Victim Services line at 905-951-3838.