One Dead in Fiery Vehicle Collision in Mississauga 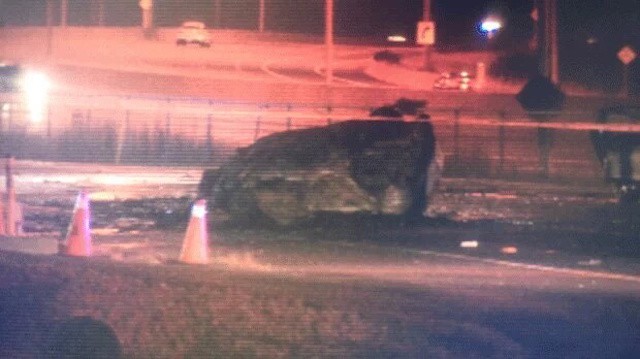 A vehicle collision involving a suspected impaired driver has left one person dead.

The crash happened at around 1:30 a.m. near Pearson International Airport, around Silver Dart Drive and Jetliner Road, according to CP24.

Reports show that one of the vehicles burst into flames after the collision.

Peel police have the impaired driver in custody. There’s no word yet on charges.

Citizens are warned that the intersection is expected to be closed until police have finished investigating the scene.