One Dead, Another Seriously Injured in Rollover Crash in Mississauga 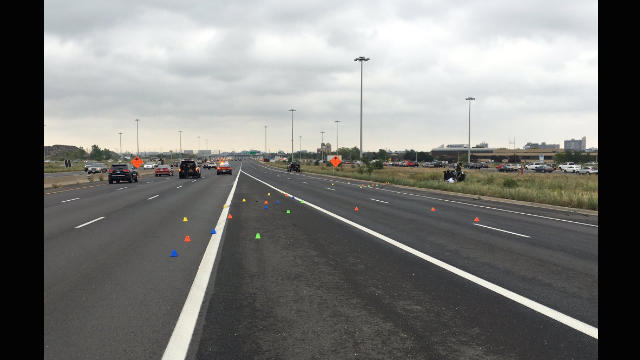 A fatal rollover crash Saturday morning has left one dead and another seriously injured in Mississauga.

The incident occured at Highway 401 eastbound just past Highway 403, according to Sgt. Kerry Schmidt of the Ontario Provincial Police.

Schmidt reports that the vehicle (a black GMC Jimmy) appeared to have lost control on the right lane of the 401 eastbound. The vehicle subsequently rolled over and came to a stop in the grassy area between the collector and express lanes.

The two people in the car were a 62-year-old woman who was found dead at the scene, and a 60-year-old man who was airlifted from the scene and transported to the hospital.

OPP are currently on scene, investigating the crash. The two right lanes on the 401 eastbound have been closed, as well as the 403 ramp to the 401 eastbound. Schmidt has estimated that they will reopen within a few hours.

While several witnesses have already come forward, the OPP is asking for anyone else who witnessed the incident or knows anything about it to call police at 905-278-6131.

A 62 year old woman is dead and a 60 year old man is in hospital after a single vehicle rollover collision on Hwy401 pic.twitter.com/ok41yxHhwj