On the Queer Screen Coming to The Art Gallery of Mississauga 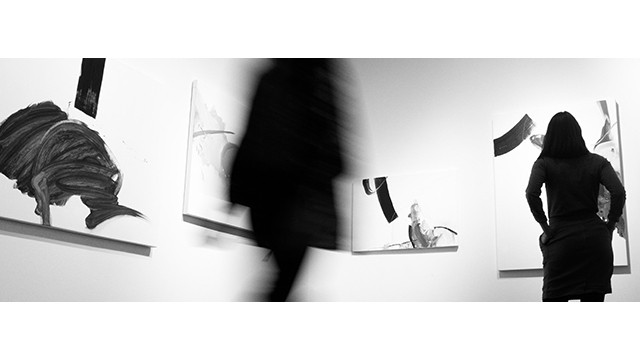 While Pride Month is behind us, LGBT issues are still top of mind and the Art Gallery of Mississauga (AGM) is celebrating Pride — as well as safe spaces, art and diversity — with its On the Queer Screen event, an intimate film night that’s set to take place in the gallery tomorrow night (Thursday, July 21) at 7 p.m.

“The queer community in Mississauga doesn’t have a place to rally most of the time,” says Laura Carusi, volunteer coordinator and curatorial assistant with the AGM. “It’s not like Toronto where you know where to go, but places are branching out around the city.”

While tomorrow’s event will be the city’s first Queer on the Screen presentation, it’s not the first evening of its kind. Prior to re-establishing the movie night, the AGM hosted Queer Movie Nights — marketed specifically to the city’s LGBT youth — and the gallery is hoping the night’s newest incarnation catches on.

“This is the project [Queer on the Screen] that our previous coordinator started,” says Matthew Morales, gallery assistant – visitor services, with the AGM. “We started asking for submissions of films related to the queer community. We’re working with Pride Week in Peel and it’s almost like a budding community.”

Tomorrow, the AGM will screen two short films. The first film is Illumination, directed by Iranian-born Canadian filmmaker Yalda Pashai. The film is a short multimedia documentary on queer Muslims in Toronto that explores how one reconciles faith and sexuality. After the screening, Pashai will talk to the audience about her film.

The second film will be What I LOVE about being QUEER by Vivek Shraya, a short that features “34 beautiful queers and one big question.” Shraya is a Toronto-based artist who has produced several albums, films and books. Her first novel, She of the Mountains, was named one of The Globe and Mail’s Best Books of 2014. Shraya will also give a talk after the screening.

“Most of the people who have reached out [to us] are from the queer community and a lot of them are from Toronto,” Morales says. “We’d like to reach out to the local community.”

Along with screenings, the AGM is showcasing works that celebrate Pride time and queer artists. Picture This (1994) by Steven Andrews — the artist behind Steven Andrews POV, the largest solo exhibition by one of Toronto’s most notable contemporary artists — will be on display at the gallery. Pink Red Sample (1996) by Andrew McPhail will also be showcased. Both images evoke complex feelings related to HIV and, in the case of McPhail, life as an HIV-positive person. You can learn more about the pieces here.

The event will run from 7:00 – 8:30 p.m. Once both films have been screened, guests will be able to participate in a Q&A panel. Starting at 8:30, viewers will be free to mingle and connect with other attendees. Refreshments, including popcorn, will be available.

Although the event is suitable for all ages, the AGM is hoping to attract a younger audience.

“It’s for an all ages audience with a focus on youth,” Carusi says. “Teens [in general] in Mississauga don’t have many things to do that are specifically for them. We welcome teens and they appreciate a space they can come to openly.”

Admission to the event is free and you can register here.

If you are a member or ally of the LGBT community in the city, you can also check out Pride Week Peel’s website for resources and other events.

Also, check out Matthew Morales blog on the need for queer-centric activities in Peel.