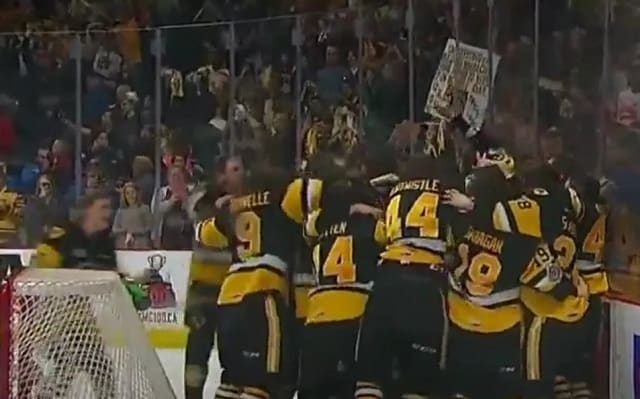 The Ontario Hockey League, which was among the first sports operations to make vaccinations mandatory for all of its team personnel, is extending that policy to its fans.

The OHL stated Friday that anyone wishing to gain access to facilities of the Ontario-based teams, including the Hamilton Bulldogs, Mississauga Steelheads, Niagara IceDogs and Oshawa Generals, must show proof of full vaccination against COVID-19.

“This expanded policy will cover all spectators and other attendees at all OHL events, including games and practices,” the league said.

Maple Leaf Sports and Entertainment Ltd. announced earlier this week that there would be a similar requirement for fans attending Toronto Maple Leafs and Toronto Raptors games at Scotiabank Arena.

Until this week, residents of Ontario needed to be 12 years old in order to begin their COVID-19 vaccine series. As of Wednesday, all children born in 2009 are eligible.

The extent of limits to seating capacity at OHL games has yet to be announced. The Canadian Elite Basketball League’s four Ontario teams, who all play in arenas used by OHL teams in the winter, have been allowed to have 1,000 fans at their games.

The OHL is intent on returning to a standard 68-game regular season after cancelling the 2020-21 campaign due to the pandemic. The season start date will be just before Thanksgiving weekend, rather than the first official weekend of autumn as in the past.

The Bulldogs’ first home game is on Oct. 9 against the Barrie Colts.