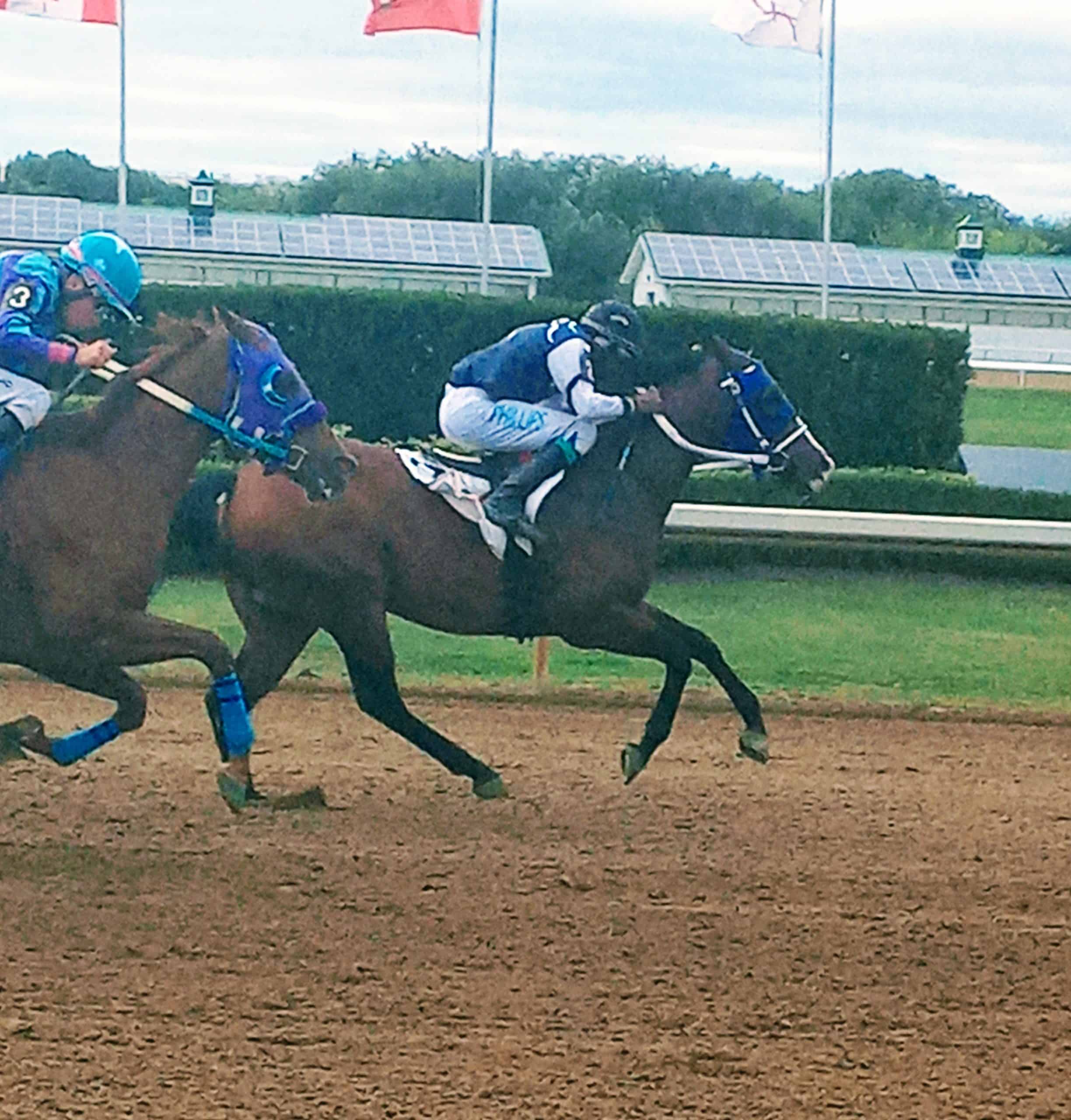 Tony Phillips won two races on the day to keep hold of his slim lead in the rider’s standings while his pursuers Brian Bell, Ramizo Sanchez Castillo, and Ismael Mosqueira all won races on the eight-race card.

Phillips, the 2019 Champion Jockey at Ajax Downs, added two more wins to his 2022 total and has 20 victories heading into the last four days of the season. Both of Phillips’ wins on Sept. 28 were for owner and trainer Amanda McCormack of Cavan.  Bodacious Tataz, bred, owned and trained by McCormack, won race 4 on the day while Red Wagon Dust was placed first in race 2 after winner I Think Icon was disqualified for drifting out late in the race.

Phillips holds a slim lead in the leading rider list by wins as all of his pursuers were winners on Wednesday, Brian Bell added a winner to his 2022 total and stands at 16 wins. Ramiro Sanchez Castillo picked up a win and has 15 victories while Ismael Mosquiera also had a win and has 14 victories.

The featured race of the day was an allowance race for Ontario-breds and John Wilson’s Oh My Gawd charged to victory for owner John Wilson, trainer Scott Reid, and rider Carly Furlonger. Reid and Furlonger would also combine later in the day with Makin an Effort, a well-bred 3-year-old colt by Special Effort, owned by Reid and Furlonger’s father, Phil. Makin an Effort, who closed fast after a poor start to win race 5, is an Ontario stallion prospect for 2023.

Racing continues at Ajax Downs on Wednesday, October 5 with the Trials for the $75,000 Alex Picov Futurity for 2-year-olds. First race post time is 12:55 p.m.

Keep up to date on news and events at Ajax Downs on social media @AjaxDowns and at www.ajaxdowns.com.