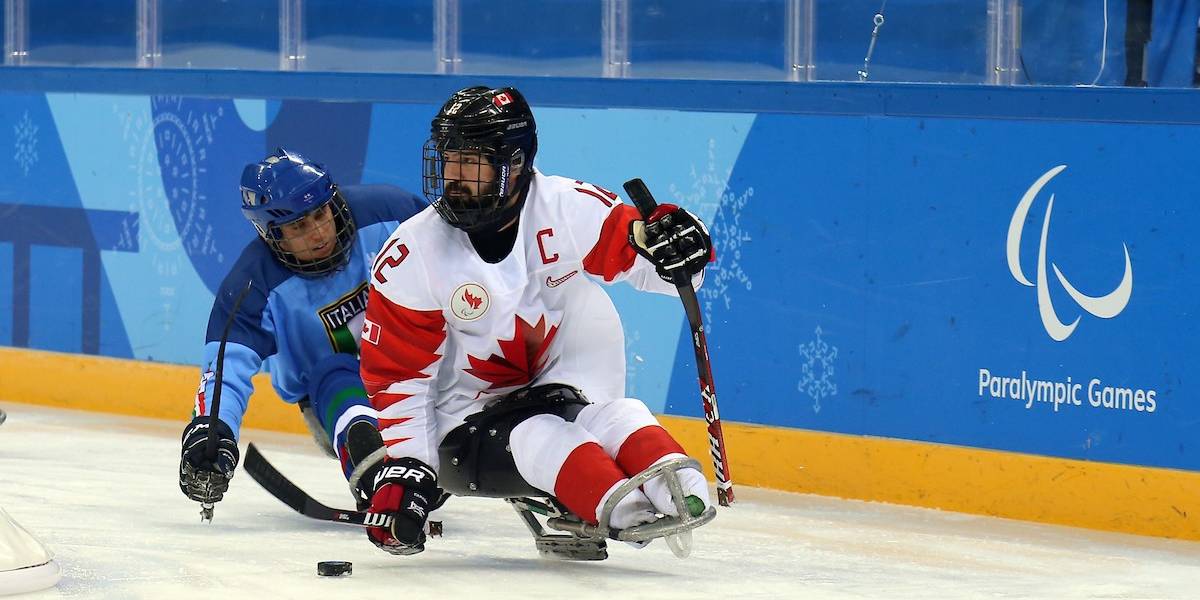 Greg Westlake, who is set to retire after the Beijing Paralympics, will get one last chance at gold when Canada faces the U.S. Saturday in the men's final. CANADIAN PARALYMPICS PHOTO

Oakville’s Greg Westlake and Team Canada are a win away from a gold medal at the Beijing 2022 Paralympics.

Westlake scored once and Canada held South Korea to just three shots in a dominating 11-0 win in the men’s Para ice hockey semifinals.

Captain Tyler McGregor scored four times and Billy Bridges added a hat-trick to lead the Canadian attack in the win over South Korea.

Canada will now have the opportunity to win its first gold since Turin 2006.

Saturday’s contest will also give Canada the chance to atone for a crushing 2-1 overtime loss to the U.S. in the gold-medal final at PyeongChang 2018.

Canada was less than a minute away from the title when the Americans tied it with just 38 seconds remaining and then scored in overtime to pull off a stunning comeback.

Westlake, 35, who has played 16 years with the Canada’s Para hockey team and is suiting up in his fifth Games, is set to retire after the Beijing Games.